Can CBD businesses mount a legal challenge against the FSA? 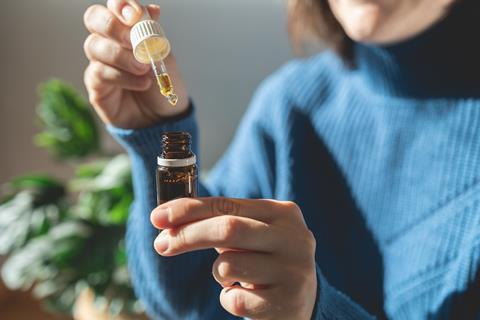 It’s been over two years since the Food Standards Agency (FSA) announced the novel food compliance regime for the UK CBD industry. After a great deal of expense and a lot of hard work, CBD companies selling in the UK are now seeing the fruit of their efforts as their products are admitted to the FSA compliance register.

Yet there has been a host of issues with the compliance list, published on 31 March 2022 and comprising more than 3,500 products. The position was stark for anyone not included: their products had to be removed from sale, or they would be removed by Trading Standards. And there were some large, reputable companies omitted from the list.

It quickly became clear the FSA’s communication had been poor and that this was not a comprehensive list at all. Last week a further update to the list was made, taking the total to more than 5,900 products.

The FSA has set a new final deadline of 26 May for further submissions of required compliance evidence. We can therefore expect one final tranche of products to be admitted to the list around the end of June. But there remain issues over who is included, and the damage done to businesses while waiting for the FSA to get its house in order.

Probably the most controversial aspect of the FSA’s compliance regime is the prohibition on new brands entering the market. Also known as ‘red box/blue box’, this prohibition means only a specific product, named on the list, can be sold by the company it is attributed to. That rules out the possibliity of ‘white-labelling’, which involves an identical product being sold to another company and rebranded.

From a consumer safety perspective, there is no justification for this. The commercial argument is also non-existent. But the FSA maintains it is a reasonable position because it wants established CBD companies to focus on achieving compliance in their existing ranges. The FSA appears to accept this would kill innovation in the sector for a period of years, but takes the view this is an acceptable cost. The obvious question is why both cannot be achieved by tweaking the approach to regulation.

The most high-profile ‘victim’ of red box/blue box is the David Beckham-backed, LSE-listed, Cellular Goods. Cellular Goods introduced an ingestible oil to its existing cosmetics products range despite its product not being ‘on the market’ prior to 13 February 2020. The product was manufactured by Chanelle McCoy Health and was listed on the register under that name. By rebranding it as a Cellular Goods item, a new product had been created. Initially Cellular insisted it was acting in a compliant fashion and that it was satisfied it could sell the product lawfully. A few days later, it issued a climbdown and withdrew the product from sale when it became apparent its initial position was incorrect.

There are other issues, too. The FSA has now accepted there were a number of ‘clerical errors’ in the first iteration of the register. It says it is working to rectify these mistakes, but even with a second tranche of products added and a third tranche on the way, there are still a number of companies unhappy with their outcome. The commercial implications for the FSA’s mistakes and policy decisions are very serious for almost all companies involved in the compliance process.

Judicial review may now be the only available option for those companies that feel aggrieved by the FSA’s actions. However, there appears to be very little appetite in the courts to interfere with the FSA’s management of the process. Anecdotally, I am aware of one judicial review initiated against the FSA that didn’t make it past the ‘leave to appeal’ stage, with the court finding firmly in favour of the FSA. This has given the FSA confidence in its position.

The problem with engaging in litigation may be found in the overall context. Although there are a number of valid criticisms of the FSA, some of which would form a strong basis for a legal challenge, it has a ‘get out of jail free’ card. By the letter of the law, no CBD products should be on sale, as none have yet achieved novel food compliance, so the entire industry should count itself lucky an exemption has been granted. This argument is likely to carry a great deal of weight in the courts and will make any challenges to the overall regime very difficult.

That is not to say a challenge in respect of a specific, narrow issue – one based on scientific/factual matters, such as what might be the safe amount of minor component THC in a CBD product – should not be litigated.

There are lessons to be learned from the EU Tobacco Products Directive, which the UK government transposed into domestic law under the Tobacco Related Products Regulations (TRPR) in 2016. At that time, many companies in the vape sector felt these regulations were too onerous and would sound a death knell for the industry. Instead, TRPR provided the vape sector with a compliance platform upon which its current success is built.

Increased regulations create consumer confidence, which in turn brings market stability. It is hoped novel food compliance will do the same for the CBD sector.

Of course, it would be right for the FSA to give recognition to the time, effort and expense these companies have endured to engage in this process. Those companies should now be able to commercialise their position, so I urge the FSA to reconsider the new product restriction. Furthermore, I genuinely hope the Home Office will take a sensible position on minor component THC. The last thing we want to see is a huge number of products dropping off the list because of this issue.