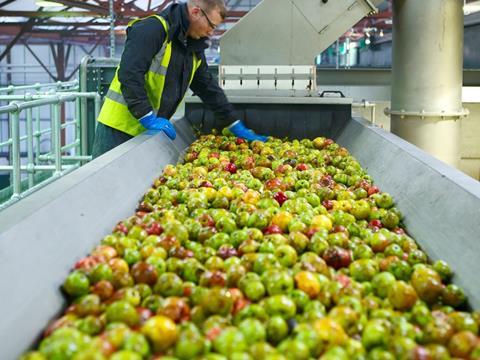 Aston Manor is set to open a new 84,000 sq ft warehousing and distribution hub in Birmingham this summer.

The independent cider producer did not disclose how much it has paid for the site, which is close to the M6 and three miles from its existing production site in the city, describing it as a multimillion pound deal.

“This investment represents the continuation of our intent to build the capability and capacity to support the future growth of the business,” said MD Gordon Johncox.

“We have made a very significant investment to establish an outstanding logistics hub with the capacity to support us for many years,” he added. “This will enable us to ensure our warehousing and transport are as efficient as they can be.”

The expansion is the latest in a string of investments by the company, most recently the creation of a new fruit processing facility at its Stourport-on-Severn site last year. It has also ploughed £10m into developing its Tiverton site and has an ongoing plan to plant a further 1,000 acres of new orchards.

The new distribution hub will be operational from August.