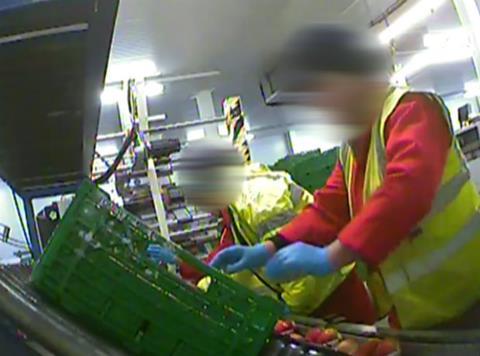 The labour agency at the centre of the latest migrant worker scandal has called for supermarkets to take a more measured approach when faced with TV exposés.

A Channel 4 News investigation this week made wide-ranging allegations over treatment of migrant workers supplied by agricultural labour agency Pro-Force to Nickle Farm in Kent, which is owned by supermarket fruit supplier JW Mansfield.

Some supermarkets suspended orders immediately, but Matthew Jarrett, Pro-Force MD, claimed the Channel 4 documentary was “highly misleading” and urged retailers to carry out their own audits before taking any action.

“We employ 2,200 staff across the UK on 140 sites and because of unfounded allegations at one specific site, those jobs are now at risk,” he said.

“We have a totally open door policy and I just hope other supermarkets will come down and check us out themselves before making decisions not to use our workers.”

The Channel 4 investigation, which included undercover video footage and interviews, claimed migrant workers packing fruit for supermarkets were being mistreated and living in “shocking conditions”. It also raised a number of questions over migrant workers’ contract terms and pay.

Jarrett claimed he sent Channel 4 a detailed response to the allegations before the programme was aired, including payroll, attendance records and a statement from the air conditioning service engineers, which “established beyond doubt” that many of the claims were untrue.

Other issues raised by the investigation – such as the fact workers were on temporary contracts with no guaranteed hours – were legal and commonplace in the industry, he added.

Jarrett also accused the broadcaster of showing footage that had been edited to give a misleading impression of living conditions.

However, a spokeswoman for Channel 4 News said the broadcaster stood by its investigation.

“The footage revealed clearly substandard facilities at the camp site,” she said. “This was further corroborated by additional filming carried out by his programme at other caravan sites where farm workers are housed by Pro-Force.” She added Waitrose suspended supply after conducting its own investigation.

Waitrose confirmed this, and said it was working with managers to “improve conditions” at the farm.

Sainsbury’s said it was “deeply concerned” by issues raised both in an independent audit and the Channel 4 programme. A spokeswoman said the retailers took a “constructive” approach to working through issues with suppliers in order to put fair treatment of workers first, whilst also “protecting ongoing jobs and livelihoods”.

Aldi said it had suspended supply while it investigates the matter because its terms and conditions clearly state that “growers must treat their employees fairly”.

Channel 4 claimed the Gangmasters Licensing Authority was conducting an investigation into the agencies that supply workers to Mansfield, although Jarrett claimed Pro-Force was not part of that investigation.

A GLA spokesman confirmed “a number of premises have been visited in the south east of England as part of an investigation into alleged unlicensed labour provision”, but said it would not comment further while the inquiry was ongoing.

Peter McAllister, director of the Ethical Trade Initiative, said the allegations of mistreatment of migrant workers at Nickle Farm were “serious” and needed to be properly investigated.

“We are speaking with the supermarket members concerned, urging them to work closely with the GLA and others to understand these allegations and determine any necessary course of action, in line with UK law and their ethical trade commitments,” he said.

McAllister said ETI advice would be to “engage constructively” with suppliers and labour providers, and work together to address labour rights issues.

However, he said that in instances where a supplier was in “serious breach” of labour standards, companies “may take the difficult decision to suspend or even sever the commercial relationship”.

The British Retail Consortium said it would be “inappropriate” to comment on any of the allegations given the ongoing GLA investigation.

FW Mansfield did not respond when approached for comment.