Dairy sector launches package of solutions to cut use of antibiotics 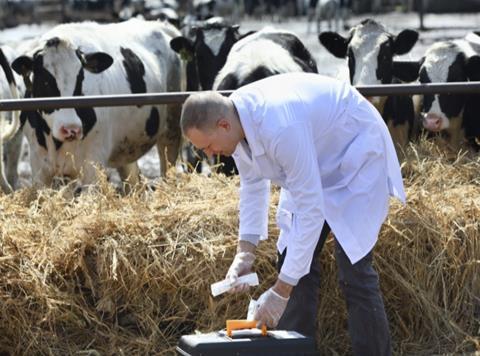 Dairy UK has launched a package of technical solutions for the dairy sector in a bid to regulate the use of antibiotics in production.

The scheme includes guidance on detecting antibiotic residues in milk, and the introduction of a training programme for dairy farmers dubbed MilkSure, which has been developed with the British Cattle Veterinary Association and covers all technical and practical factors relevant to the use of antibiotics on dairy farms.

“As antimicrobial resistance becomes a growing concern, we want to take industry standards even further and raise the bar for good practice on farm,” said Dairy UK CEO Judith Bryans. “We strongly believe that a more informed use of antibiotics will lead to reduced use. These new measures are designed to get vets, farmers and milk purchasers working together for optimal results.”

The launch comes as research shows nine out of 10 dairy farmers believed the farming industry should take a proactive lead in the battle against antibiotic resistance.

A survey by the Royal Association of British Dairy Farmers also revealed that over the next five years, dairy farmers believed they could cut their antibiotic use by between a third and a fifth across medical problems such as mastitis by promoting better animal husbandry.

“It’s clear there is very good awareness of the threat. Now is the time to think big and be ambitious,” said RABDF council member Di Wastenage, who added that three-quarters of respondents said their milk purchaser was now starting to ask about antibiotic use.

“The activities suggested in the survey include selective dry cow therapy, better uptake of vaccination, use of fever tags and thermal imaging, along with improving ventilation, housing and system design, so it would be interesting to explore these in more detail. The challenge remains of how to make reductions without impacting welfare.”