Drinks trade hits back at call for on-pack health warnings 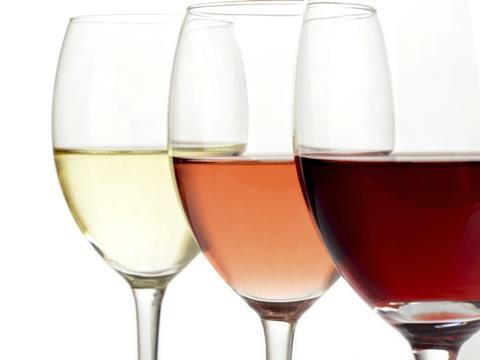 The drinks trade has hit back following the publication of a manifesto by the All-Party Parliamentary Group on Alcohol Misuse that calls for ‘evidence-based’ health warning labels to be put onto bottles of alcohol – alongside nutritional, calorific and alcohol content - as one of 10 measures to combat problem drinking.

The MPs said health warnings were a familiar and prominent feature on all tobacco products and that detailed nutritional labelling was ubiquitous on food products and soft drinks – but that consumer information on alcohol products extended only to volume strength and unit content.

“Consumers should have the right to make informed decisions about the products they purchase,” the manifesto says. “Beyond liver disease, the public’s understanding of the health problems associated with alcohol is low.”  It pointed out there was currently no independently funded national alcohol campaign and called for mass media health campaigns to be funded, developed and delivered independently of the alcohol industry.

The All Party Parliamentary Group on Alcohol  Misuse is calling on political parties to commit to  the following measures to effectively minimise  alcohol-related harm in the UK:

5. Increase funding for treatment and raise access levels from 6% to 15% of problem drinkers

7.Include a health warning on all alcohol labels and deliver a government-funded national public awareness campaign on alcohol-related health issues

9. Reduce the blood alcohol limit for driving in England and Wales to 50mg/100ml, starting with drivers under the age of 21

10. Introduce the widespread use of sobriety orders to break the cycle of alcohol and crime, antisocial behaviour and domestic violence

However, Wine and Spirit Trade Association chief executive Miles Beale said drinking among young people had fallen to its lowest level since records began, adding that per-capita consumption was at a lower level than in 1979. He pointed out that the industry was working in partnership with government and had already taken “bold steps” to include health information as well as future-proofing funding of Drinkaware and industry-led initiatives such as Community Alcohol Partnerships.

“Instead of heavy-handed regulation, which is unlikely to deter the heaviest drinkers, we need to focus on targeted interventions which are proven to reduce alcohol misuse,” Beale added.

Wine supplier PLB said it was supportive of anything that addressed problem drinking, but argued that on-pack labelling was unlikely to stop irresponsible drinking .

“Health warnings will merely ruin a pleasurable experience for responsible  drinkers,” sales director Dominic Conway said. “If the government wants to solve this it should work with us on initiatives such as a duty banding on wine, which would enable the industry to improve products at the same time as reducing the amount of units in the industry.”

A spokesman for the British Beer and Pub Association (BBPA) said it had introduced a customer unit-awareness campaign with resources supplied by pub companies.

“We have a very good record in the beer and pub industry, and it is important to remember that harmful drinking and underage drinking are down in the UK,” a spokesman said. “Industry and government working in partnership really is the best approach.”