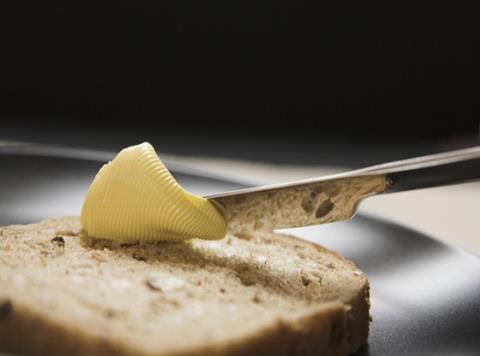 Applications for Private Storage Aid for butter and skimmed milk powder have been extended into the new year by the European Commission.

Twenty-seven member states voted in favour of the measure last week, with the UK the only nation to abstain. Defra told The Grocer it believed the move would not solve the dairy sector’s “long-term problems”.

The measure is due to be formally adopted on 16 December, and will see the scheme extended by two months to 28 February 2015.

It was initially opened for butter, SMP and some cheese in September in response to market pressure caused by the Russian trade embargo, however, PSA for cheese was halted less than a month later due to “a disproportionate surge in interest” from “regions not traditionally exporting significant quantities to Russia”.

With an original end date of 31 December, there were concerns that product- which can be stored in PSA for between 90 and 210 days - would re-enter the market during the spring peak and add further downward pressure to wholesale prices.

But he warned “the majority of that stock would have to re-enter the market at some point”, and if conditions in the market remain unchanged, with weak demand and strong production, the pressure that was lifted will be re-applied.

Defra called for a shift in focus to “open up new markets for dairy products like SMP and butter” as a way of alleviating the downward pressure on the market.

“It’s also difficult to support a proposal when it’s unclear how it will be funded,” added a spokeswoman.

However, an industry expert expressed dismay at the UK’s stance. He said: “At a time when politicians are exhorting those beyond the farmgate to do more to support better returns on farm, this abstention sends the message ‘do as we say don’t do as we do’.”