Elvis and Marilyn pucker up for Coke Contour bottle ads 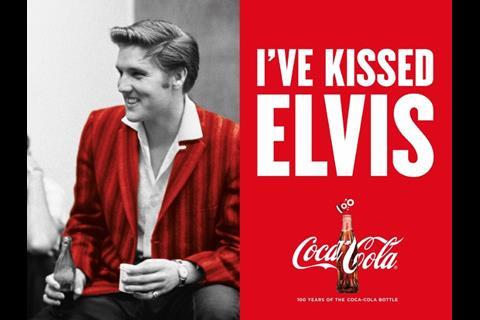 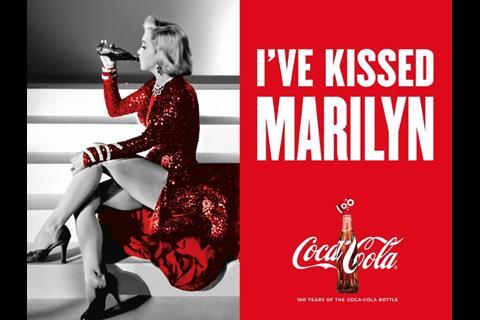 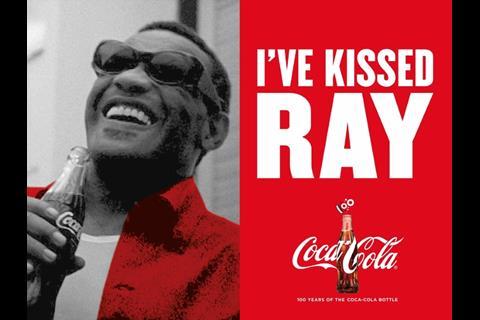 Coca-Cola is marking the 100th anniversary of its Contour bottle with a marketing push featuring Elvis Presley, Marilyn Monroe and Ray Charles.

From 30 March, a two-week outdoor campaign themed around the idea of “I’ve Kissed…” will depict the three stars. The activity will be London-focused, and will feature over the entire length of the Oxford Circus tube station platform.

Other “I’ve Kissed…” activity kicked off last night (Sunday 1 march) with a TV ad designed to show how the bottle has been a “part of life and moments of happiness and celebration” over the past 100 years. Coca-Cola will also be advertising digitally on YouTube and Xbox this week as well as through promoted social media.

“The Contour glass bottle is a design classic, which has stood the test of time and fashion changes” said Coca-Cola GB marketing strategy and activation director Bobby Brittain. “We wanted to create a campaign that celebrates the rich history and heritage of Coca-Cola throughout the past 100 years, and show how it continues to endure as a pop culture icon”.

Created in 1915 by The Root Glass Company of Terre Haute Indiana to stop the efforts of copycat cola brands, the bottle answered a brief that called for “the packaging to be highly distinctive, recognised by touch alone and identifiable even when in the dark or shattered on the floor”. It was originally inspired by the organic curves and grooves of the cocoa bean, due to a mistaken belief the cocoa pod was part of the drink’s secret formula.