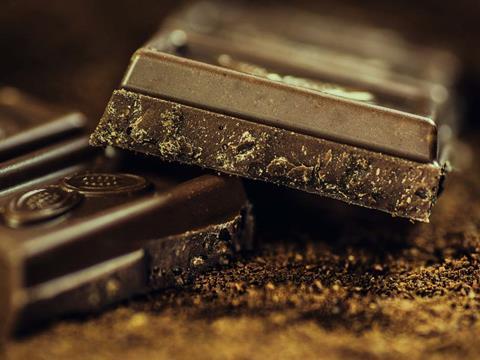 Britons believe the ‘feelgood factor’ of eating chocolate outweighs any health risks, according to new research.

More than one third of 1,500 internet users polled by analysts Mintel said the emotional benefits of eating chocolate negated any health concerns.

Almost one quarter (24%) revealed they had bought chocolate over the last three months to ‘boost their mood’ and 16% said they had purchased it for energy boosting purposes.

The findings come in light of chancellor George Osborne announcing a sugar tax on soft drinks in last week’s Budget.

“Even at a time when the importance of healthy snacking is being emphasised, the importance of chocolate confectionery as a psychological wellness tool cannot be ignored,” said Marcia Mogelonsky, director of insight at Mintel.

“While confectionery may be considered to be a ‘guilty pleasure’, it is also a food that is strongly tied to emotional needs. This is likely the reason that consumers allow themselves to indulge in chocolate and other less healthy snacks.”

The research also found a strong appetite in the UK for quality chocolate made with premium ingredients.

A further 44% of respondents said they would be prompted to purchase chocolate when they see new flavours in-store.

“On the experiential side, when people eat delicious foods, they get happy and this also boosts their mood. There’s nothing better than the thought of something delicious, eating the treat and then enjoying the aftertaste and the feeling that it creates, even after the last bite is long gone.”