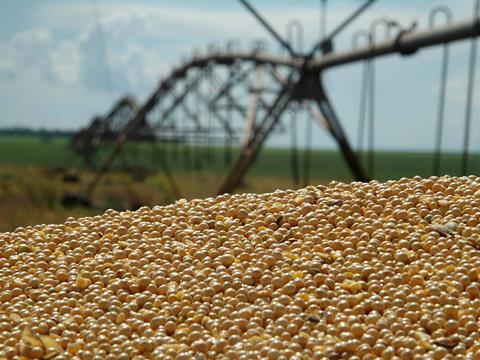 M&S and Waitrose have won praise for “leading the pack” on sustainable soy use.

Both British supermarkets ranked highly on the WWF’s Soy Scorecard, released today ahead of the 11th annual conference of the Round Table on Responsible Soy (RTRS) taking place in Brazil this week.

Based on information collected through a survey, the scorecard assessed 133 European retailers, food processors and foodservice companies on criteria including transparency, use of responsibly produced soy and efforts to remove deforestation from soy supply chain.

M&S and Waitrose were the highest scoring UK food businesses, ranking ninth and tenth out of the European 48 retailers listed and judged to be “well on the path” towards sustainable soy use.

Tesco, Asda, Sainsbury’s and Morrisons achieved lower scores, but were praised for having “started the journey” on sustainable soy.

The dairy and processed food sector gave a more mixed performance on soy, WWF claimed, with some companies scoring well and others failing to even respond to the survey.

Arla, BEL Group and FrieslandCampina all scored highly and were considered to be “leading the way” on sustainable soy.

“WWF is pleased to see some real frontrunners especially in the retail and dairy sectors. But it is clear that many companies take advantage of the lack of consumer awareness about soy in order to do nothing on this issue,” said Sandra Mulder, WWF senior advisor for market change.

“Because of its widespread use as an animal feed, soy is a hidden ingredient in products including meat, farmed fish, dairy products like milk and cheese, and eggs – but rampant expansion of soy and poor farming practices are threatening vast areas of valuable forest and savannahs which are home to important and rare species like the jaguar, the giant armadillo and the giant anteater,” said Dr Emma Keller, WWF-UK agricultural commodities manager.

The campaign group is calling on consumers to tweet at low scoring companies and urge them to take action to remove “irresponsible soy” from their products.