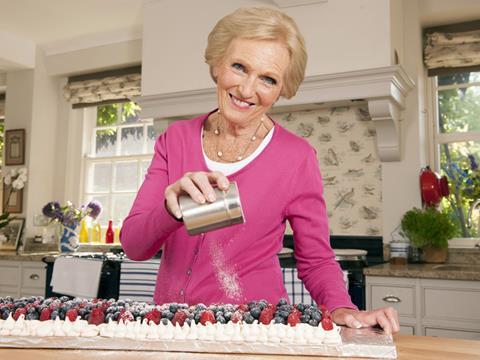 Mary Berry’s departure from The Great British Bake Off has “weakened its value” ahead of the TV show’s move to Channel 4, according to one marketing expert.

Berry is the latest to leave the show after Channel 4 bought the rights to it earlier this month.

Presenters Sue Perkins and Mel Giedroyc quickly announced their departure on 13 September, the day after news of the channel move, however, Paul Hollywood has confirmed he will remain on the show as a judge.

Channel 4’s CEO Jay Hunt said the channel was “proud to be the new home for The Great British Bake Off” after the deal was made. But Catherine Shuttleworth, CEO of shopper and retail marketing agency Savvy, said the show was now “tarnished”.

“If you were a big retailer or a food manufacturer, you’d really think twice about whether you want to get involved with it or not,” said Shuttleworth, especially as she believes the BBC could make a rival programme with Mary Berry as the star.

Channel 4 is to host the programme for three years starting with a celebrity version in 2017, after talks between the BBC and the show’s maker Love Productions broke down over fees last week.

Hollywood sparked controversy on social media by not thanking Berry in his statement confirming he will stay with the show. “I am delighted that I will be continuing as judge when Bake Off moves to Channel 4. I want to thank the BBC and Mel and Sue for making my time in the tent great fun,” he said.

“Paul has taken a calculated risk which might not pay off,” said Shuttleworth, who believes the decision to stay could be damaging for Hollywood as a brand.

On her departure, Mary Berry said: “My decision to stay with the BBC is out of loyalty to them, as they have nurtured me, and the show, which was a unique and brilliant format from day one. I am just sad for the audience who may not be ready for change, I hope they understand my decision.

“I wish the programme, crew and future bakers every possible success and I am so very sad not to be a part of it. Farewell to soggy bottoms.”