It was a week of diverging fortunes for two of the biggest names in global food - Nestlé and Mondelez - both of which reported second-­quarter results.

Mondelez went first on Wednesday, posting disappointing organic sales growth of 1.2%. It said some European retailers had reacted “quite severely” to a round of price increases prompted by higher cocoa and dairy costs.

On Thursday, Nestlé reported encouraging organic sales growth of 5.1% for the first quarter - ahead of the analyst consensus forecast of 4.7%. “Nestlé is well on its way to meeting / beating full-year guidance of around +5% organic growth,” said Bernstein analyst Andrew Wood. “The growth in the emerging markets (+11% in Q2) was especially pleasing, although Nestlé also saw growth in the developed markets, with Europe well ahead of expectations in Q2.”

The strong performance contrasts with Unilever, which missed its second-quarter sales forecast last month, blaming a slowdown in Asia, and Danone, whose second-quarter profits were hit by weak dairy sales in Europe.

Nestlé shares leapt 3.3% in early trading on Thursday to CHF69.3, boosted by the announcement of a CHF8bn (£5.23bn) share buyback.

Meanwhile, on a weak day for the FTSE on Wednesday, Tesco shares slumped 2.2% to 245.6p after HSBC published a downbeat note on the supermarket and BRC said retail prices had fallen in July at the fastest rate since 2006. Although Tesco shares are now at a 10-year low, short sellers continue to target the stock. Lansdowne Partners has been shorting Tesco since 2012, but another hedge fund, Lone Pine Capital, has also taken a big position against Tesco. Short positions are publicly disclosed once they breach 0.5% of the issued share capital, and Lone Pine’s bet against Tesco breached that threshold at the end of July. 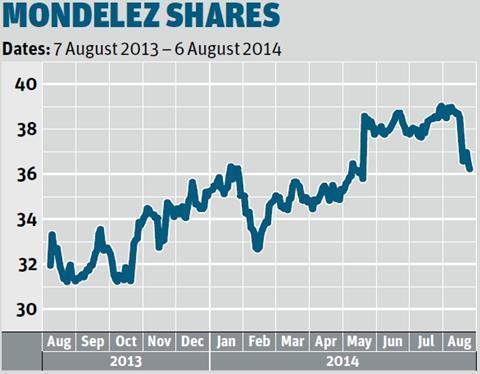