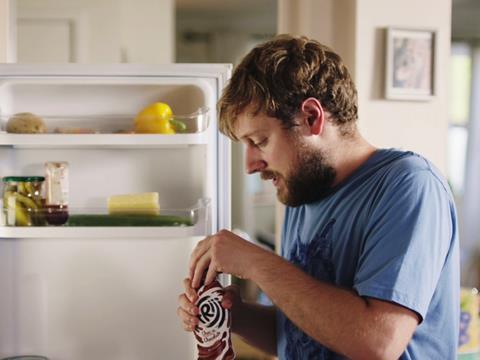 Müller has launched its first major marketing campaign for the Frijj brand since acquiring it from Dairy Crest at the start of the year.

The campaign, which launched this week, marked a return to TV after a three-year hiatus for the brand with a 20 second TV spot featuring two housemates battling over a bottle of the drink and using the tagline tagline ‘Feel the Urjj!’.

The TV push will be followed by two more online ads over the next few weeks and will be supported by social media activity encouraging shoppers to show their love for Frijj by using the hashtag #TheUrjj!.

Müller chief marketing officer Michael Inpong said the campaign - which is aimed at 21 to 29-year-olds - was part of a heavy investment in the Frijj brand as the processor sought to achieve double-digit sales growth over the next 12 months.

“It’s our ambition to drive Frijj to fulfil its true potential, and we know consumers love the taste and eye-catching bottle, so those are staying,” Inpong said. “We have a unique product in Frijj and now have a campaign to help the brand reach a wider audience.”