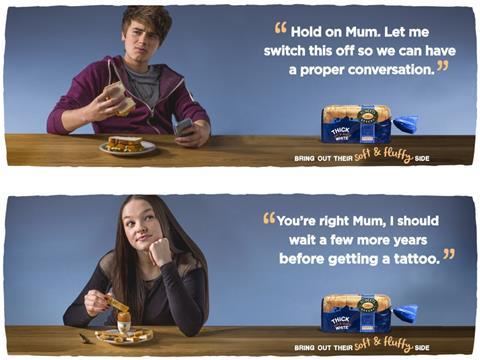 Roberts Bakery has launched its first TV push and rebranded its white bread as ‘soft and fluffy’.

The ads, showing in the Cheshire-based baker’s northern and Midlands heartland now, feature familiar domestic situations transformed by the addition of a slice of the baker’s white bread - softening up a moody teenager, a rebellious daughter and an inattentive husband. Each clip ends with the tagline “Roberts Bakery - bring out their soft and fluffy side”.

To emphasise the message, the baker has rolled out new packaging featuring a “soft and fluffy” strapline across its white bread portfolio – a message that will be carried throughout the brand’s social media and sampling campaigns this year, it said.

The business was entering 2015 with a “sense of optimism and enthusiasm”, he said. “People are buying more Roberts Bakery products, which has fuelled the business to make an investment in the new bread plant, widen the distribution base and to invest in the new TV campaign focusing on the popularity of our white bread.”