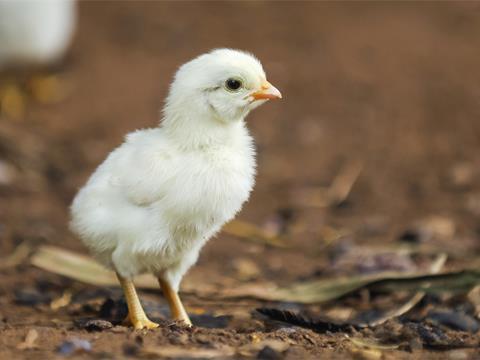 Unilever has pledged to work towards ending the culling of day-old male chicks.

Male chicks are culled at one day old because they are considered useless to the egg-laying industry. The chicks are often fed into grinders while still conscious – a practice strongly condemned by animal welfare campaigners.

Unilever, which produces brands including Hellmann’s, Wall’s and Ben & Jerry’s, said it would devote R&D resources to developing alternatives to culling, and collaborate with both the industry and animal welfare groups to find a solution. One method being researched is in-ovo gender identification, which would allow male eggs to be destroyed before they hatch.

The company said: “We are aware of the concerns raised about the global egg industry standards by which breeders of egg-laying hens eliminate male chicks.

”While our approach is to work in support of technologies that would eliminate the culling of male chicks in the industry, we are also exploring ways to further meet consumer needs for products with different nutrition profiles and preferences for plant-based protein sources through the use of egg-replacement ingredients in some product categories.”

Philip Lymbery, CEO of Compassion in World Farming, said he was “truly excited” by the move. “I hope this will lead to an end to the killing of male chicks, a seemingly unsolvable problem for the industry until now,” he added. ”It has the potential to have a profound influence on a serious animal welfare problem in the egg industry. One that has long been hidden from view. It is a hugely welcome development and I believe it will change the egg industry globally, for the better.”