Career 'progression' has changed - so don't fall into stasis 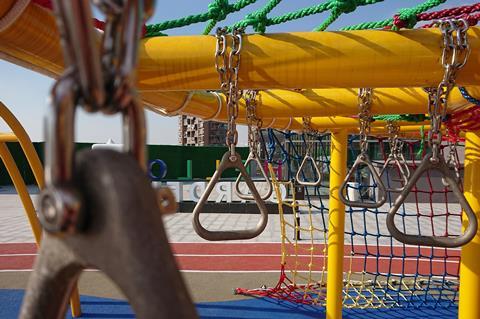 Candidates should no longer think about their career as a ladder, but more of a jungle gym. Progression is no longer as simple as ascending through the ranks in a linear fashion

An opinion piece on the changing attitudes towards career progression of the latest generation entering the workplace, as well as Sainsbury’s accelerated investment in tech, have both informed this month’s column. In each case, the importance of reinvention as a trait for both the modern organisation and individual has rarely been highlighted so starkly.

At the start of May, Sainsbury’s announced one of its London branches had become the UK’s first till-free store. Buoyed by better-than-expected earnings for the year, as part of a strategy to up its commitment to technology, it has rolled out self-scan tech to more than 100 supermarkets and 150 Argos stores.

More from Jonathan Fitchew: The future of business-customer interactions is automated

My thoughts turned to the importance of the adaptability of the individual in the workplace thanks to some eye-catching imagery I recently spotted. Gary Burnison, the CEO of a management consultancy in the US, stated in a recent piece that when developing a career within a company a candidate should no longer think about their career as a ladder, but more of a jungle gym. What he meant was that progression is no longer as simple as ascending through the ranks in a linear fashion. This is especially true of a career in sales and recruitment.

It becomes immediately apparent how important soft skills are for a salesperson when you examine the innumerable titles within the sphere. Account executive, business development representative, inside sales manager, customer success manager. You could have seven, eight or nine different titles, within one sales team, all at the same level, within one company. What does this say?

It tells you there is no defined route, that the very best salespeople today have embraced experience in different roles to ensure there is nothing missing in their wheelhouse. There is an emphatic lesson for the careerist as well as the company in the modern world - open yourself to and relish the challenges that change brings, or risk being left behind.