Land fallowing: How an unlikely safari gave me hope in the climate crisis 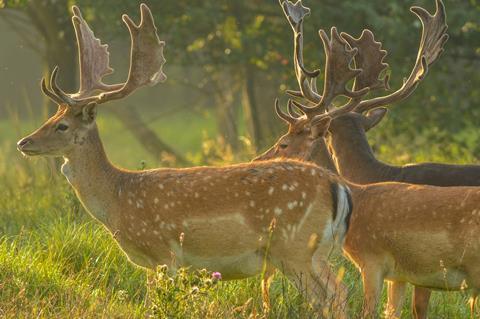 Last year I went on safari with the aim of seeing the ‘big six’ animals: storks, wild horses, longhorn cattle, red deer, fallow deer, and the mighty pig. It might not surprise you to hear that this safari didn’t take place on the plains of Africa, but rather here in the UK, at Knepp Farm in Sussex.

Intensively farmed until 2005, Knepp has recovered in fewer than 20 years to be a leading site of biodiversity and, perhaps less intuitively, climate action. Not only does the farm play host to many of the animals and micro-organisms that underpin the healthy operation of the countryside, it also boasts healthy soil thanks to land fallowing, with carbon count approximately four times greater than neighbouring properties.

Land fallowing – leaving soil unplanted for a period of time – can significantly benefit the environment. Soil and trees act as a carbon sink, trapping CO2 away from the atmosphere. Micro-organisms ensure the land remains rich for future harvests. This is all threatened by over-farming, which risks depleting the soil by draining the land of its nutrients and reducing its ability to capture carbon.

Unfortunately, while it’s clear intensive farming needs to be avoided, it’s easier said than done to allow land to go fallow – especially when consumer demand for produce is so high. A big part of the answer lies in reducing food waste. If we waste less food, farmers are under less pressure to produce as much, and can in turn let more land go fallow, preserving biodiversity. Just look at what can happen when the land is allowed to return periodically to its natural state.

Imagine if we could slash food consumption overnight, and the benefits this would bring to the rural landscape and society at large. The reality is that we can – simply by not throwing the amount of food away each year we currently do. One third of all food produced for human consumption is currently thrown away.

Knepp Farm and its fallow land is just one example of how rural regeneration is possible, and of the wider benefits this can bring. Amid the regular doom and gloom of reporting on climate change, this potential should give us all hope. But to get there, we need to remember that nurturing the big six is sometimes more important than nurturing big business.