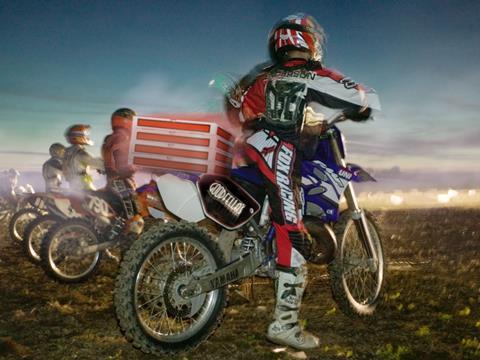 Pizza delivery riders would do well to upgrade their wheels. For they’re facing growing competition from the supermarkets as brands and own-label suppliers copy the pizza chains’ products and language.

It’s paying off for the supers. Brits have forked out an extra £19.2m, or 2.1%, on pizza at the supermarkets and volumes have climbed 1.4% [Kantar Worldpanel 52 w/e 6 November 2016]. Posh pizzas are driving this growth: chilled thin & crispy and stonebaked are up by nearly £30m combined, for example.

Hence chilled pizza’s 2.1% rise in average price. But it’s a different story when it comes to cheaper frozen pizzas. Value has fallen 2.7% on volumes down 0.7%, the fall in average price reflecting the growth of the discounters and price cuts by the multiples.

One thing is consistent across chilled and frozen, however: own label is helping itself to a much bigger slice of sales at the expense of brands. This pattern is particularly pronounced in chilled pizza, where own label commands 87.5% of the market (up from 87% a year ago). Sales of own-label chilled pizza have surged by £29.4m in the past year. Meanwhile, brands are up just £1.6m.

“Retail groups are driving their premium ranges, not just in pizza but across the whole shopping experience,” says Richard Harrow, chairman of the Pizza and Pasta Association. “Pizzas with traditional-style Italian bases combined with high-quality ingredients perfectly fit consumers’ desire for provenance, authenticity and convenience. Own label has seen some innovation with the use of superfoods in toppings such as kale, beetroot, broccoli etc, as well as spelt and rye sourdough in the base. This type of innovation is driving trial and growth, with more shoppers trading up to the own-label premium tier.”

Examples abound. M&S has scored the greatest category gain of any retailer with offerings such as Wood Fired Ultra Thin Prosciutto Crudo & Fig, which sound more at home on the menu of Prezzo than in a shopping basket. The Co-op is also stealing share, partly by pushing its fresh offerings under the upper tier Irresistible own brand.

“This range has driven new shoppers into the category and they are shopping more often than last year - penetration is up 33% year on year and frequency is up 10.7%,” says Co-op senior product developer Paul Dempsey. The retailer’s Thin & Crispy Flaming Jerk Pizza was its most successful launch in 2016, he adds, and there are more super-premium products on the way.

The growth is coming in spite of prices rises on chilled pizza and cuts in frozen - the latter trend being driven by an increase in temporary price reduction promotions (though average basket sizes for frozen are still down), says Dempsey. “Consumers still view frozen pizza as lower quality than fresh,” he says. “So shoppers tend to buy chilled pizza to freeze. Our shoppers also like the windows in chilled pizza as they can view the product before purchase.”

Much of the credit for falling prices in frozen and booming sales of own label can be laid at the feet of one retailer, says Claire Mitchell, category controller at Goodfella’s brand owner 2 Sisters. “The growth of Aldi frozen own label has been a driving factor behind the performance of own label over the last year, with its thin range performing particularly well,” she says, pointing to Aldi’s 20.1% value growth.

With Aldi’s slice of the market growing, the mainstream multiples are cutting prices to compete. “Sainsbury’s reduced the price of its frozen own-label ranges in September right through from thin to deep pan to takeaway,” adds Mitchell. “This has seen a strong turnaround in the performance and as a result this has significantly impacted its branded performance, with a lot of shoppers switching into own label.”

Frozen brands, as a result, are now selling for an average of 5.4% less than they were a year ago, while own-label average prices have inched up by 1.5% partly as a result of the introduction of more premium offerings, often inspired by the kinds of products available at pizza restaurants and in the chillers. “Takeaway commands a higher price than standard thin or deep pizza, so the addition of new ranges here has a direct impact on average price for own label overall,” says Mitchell.

Brands aren’t taking things lying down. Indeed, Goodfella’s has defied the general trend of branded decline through price cuts and a focus on premium NPD, racking up sales growth of 7.4% on volumes up 16.9% [IRI 52 w/e 3 December 2016]. 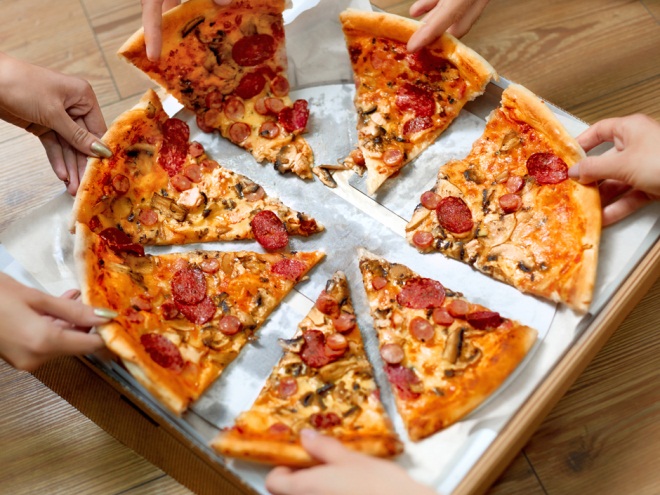 Dr Oetker, meanwhile, is investing in marketing and innovation in a bid to revive the fortunes of its Chicago Town and Ristorante brands and address the perception that frozen pizza is inferior to fresh. “There is still a misconception that chilled prepared foods are better quality than frozen. Brands such as Dr Oetker Ristorante, with its emphasis on a fresh pizzeria taste, are investing heavily to overcome this challenge within the category,” says head of brand for pizza Clare Heathcote.

“Dr Oetker invested a total of £12m in 2016 to support innovations across the frozen pizza category, which contributed to the success of the current branded portfolio and new premium pizza products,” she says. “Chicago Town will introduce three new products in March, which will continue to drive the growth seen across the premium frozen category. Two new flavours, limited edition Buffalo Chicken and Barbeque Feast will be added to The Takeaway range and The Deep Dish range will get limited-edition American BBQ.”

Still, Dr Oetker has plenty of competition in premium frozen pizza, and not just from own label. In September Iceland launched an exclusive frozen Pizza Express range, comprising 11 new Artisana products, as well as its new luxury range of pizza. Pizza Express’ frozen debut marked the first time it has produced a sourdough base, which freezes better than a regular bread base, according to head of product development Neil Nugent.

“Our new Pizza Express and luxury hand-stretched and stonebaked ranges have contributed to Iceland’s sales growth by making our pizza offer even more comprehensive and appealing, and easier for our customers to navigate,” he says, adding that the Pizza Express launch was backed by TV, press and direct mail advertising. “They have also helped us to demonstrate that in pizza, as in many other categories, frozen can offer much better quality than fresh.”

Harrow adds that the big four have an opportunity to compete with the likes of Iceland and the discounters by investing in fresh pizza counters. “Communication and point of sale are the key messages to shout about the quality and value for money within the pizza counters. Good execution of this message will see shoppers continually being loyal with their local supermarket pizza counter all week round, and certainly towards the end of the week and weekends,” he says. “Takeaway outlets - such as Domino’s, Papa John’s and the independents - have similar offerings, but at considerable differences in prices.”

By catering for the big night in, retailers aren’t just stepping on takeaway joints’ toes. This is an opportunity the frozen brands are after, too. “In 2017 there will be a continued focus on NPD, delivering exciting new flavour trends and promoting them via key pizza occasions such as the big night in,” says Heathcote. “But promotion is still such a big part of the category that innovation has to really work hard to stand out and the fight for feature space has never been tougher.”

With pressure on retail prices mounting, and costs growing as a result of the pound’s weakness following the Brexit vote, the sector is facing an uncertain future, adds Harrow. “Whilst the medium to long-term outcome on the Brexit vote is far from clear yet, we are concerned about the impact on the labour market as well as the short-term impact the fall in the value of sterling will have on the costs of products across the food industry as there is so little latitude for either retailers or suppliers to absorb these,” he says.

One solution could be the development of more premium products offering higher margins and allowing higher costs to be absorbed. But there will always be a limit to how much punters will pay for a pizza they have to cook themselves. The question is, what is it?