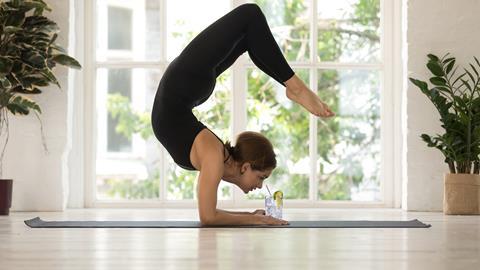 Forget lager and shots. A new generation is opting for probiotics, CBD and isotonic alcohol-free beer. So is this a fad or the future?

If Covid-19 gave us anything, it was a great excuse to drink too much. It might come as a surprise, then, to learn that overall booze sales in the on and off-trade slumped by 35% year on year to 1.3 billion litres in the first lockdown [Nielsen and CGA].

That makes them the fastest growing area of adult soft drinks, delivering £44.1m of the category’s £86.5m growth. “Shoppers are increasingly looking to moderate their alcohol,” says Kantar analyst Oliver Bluring. “There are signs sales will continue to grow, with 24.4% of the population buying into low & no alcohol, and new products still coming onto the market.”

These drinks couldn’t be further from the lager and shots we’re (perhaps unfairly) notorious for swilling the world over. They contain functional ingredients such as CBD, ‘good’ bacteria and even ‘adaptogenic’ mushrooms but, crucially, little or no alcohol. So are they a fad or the future?

“If you compare people in their 20s in the 90s and today, there’s been a big change in mindset”

Drinking culture has certainly changed since 2004, when Britain hit peak booze after successive years of rising alcohol consumption since the mid-90s. Brits sank the equivalent of 11.6 litres of pure alcohol each in 2004, more than at any point in a century. By 2018, it had fallen to 9.6 litres after years of pub closures and a shift to drinking at home [BBPA].

There’s also been a huge shift in attitudes. “If you compare people in their 20s in the 90s and today, there’s been a complete change in mindset,” says Hannah Glasson, founder of the InTune CBD drinks brand, which she launched in January after discovering the ‘therapeutic’ benefits of the compound while receiving treatment for breast cancer. The ingredient is used to ease symptoms including anxiety, sleep problems, migraines and chronic pain.

“Today, it’s no drama if you’re drinking alcohol or not,” adds Glasson. “Retailers love a big calendar moment like Dry January but for this new generation it’s year-round. The variety of drinks open to us today is mind-blowing – cold-pressed coffees, non-alcoholic spirits and bitters, great-tasting non-alcoholic craft beers, kombuchas and more. CBD has a massive role to play in this.”

That’s got the big players looking carefully at what they can do to capitalise on the movement. Suntory clearly sees an opportunity. “A third of 18 to 24-year-olds describe themselves as non-drinkers, but only 9% say they buy soft drinks with their evening meals, meaning there’s a huge potential audience looking for the right drink,” says sales director Alpesh Mistry, quoting Mintel.

Suntory is yet to move into CBD (it’s pushing Pear & Rose and White Peach & Hibiscus Ribena and Merchant’s Heart ‘spirit enhancers’ at adults), but other big players are paying the substance tentative attention. It’s a big decision, given that there is still an education job to do on the difference between CBD, which is non-psychoactive, and cannabis.

Last year, an independent Pepsi bottler began making Xanthic CBD Water in Oregon, US, giving the brand access to Pepsi’s distribution network across the state and neighbouring Washington. Pepsi has said it is “looking at [CBD] critically”. In 2018, Coca-Cola was rumoured to be planning a CBD launch. It later denied this, although an executive said Coke would “never say never”.

The new generation of drinkers isn’t just getting excited about CBD, though. September also saw the launch of Fungtn, a trio of alcohol-free beers (Lion’s Mane IPA, Reisha Citra and Chaga Lager) named after the ‘medicinal’ mushrooms they contain.

Drinks like this are multiplying fast. So-Beer claims to be “the healthiest pint you’ll ever drink” thanks to the beta glucan, B vitamins, polyphenols and zero alcohol it contains. German brewer Erdinger is even pitching its Alkoholfrei (alcohol-free) wheat beer – rich in vitamin B12, folic acid and polyphenols – as an isotonic drink for runners.

Fermented drinks such as kombucha, kefir and switchel – a mix of apple cider vinegar, ginger and water – are also on the up. “Since the start of 2020, we’ve experienced a 300% increase in online sales, driven in part by the impact of Covid-19,” says Emmet Condon, co-founder of Remedy, which makes a range of kombuchas, kefirs and switchels.

“The pandemic has resulted in consumers taking more responsibility for their health. The live cultures in fermented food & drink help to increase gut flora diversity  – the good bugs in your gut which help to keep things working as they should.” 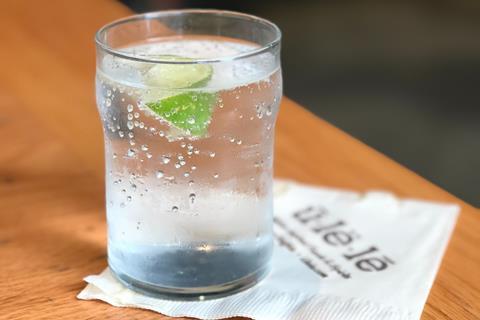 Interestingly, the generally less boozy 18 to 24-year-olds were most likely to drink more at this time. And when they did indulge, they wanted a premium experience. “They’re after quality over quantity,” says Simon Waterfall, MD of US-inspired craft soft drinks brand Soda Folk. “Smaller players are shining through with high-quality ingredients and no unnecessary nasties.”

“The pandemic has made consumers take more responsibility for their health”

That’s exactly how tonic market leader Fever-Tree, which has traded on the promise of premium mixers since its 2003 launch, has made its name for itself.

Granted, its shares hit a four-year low in March as revenues struggled in the face of stiffening competition and the closure of hospitality. But it continues to grow in retail with lines like Aromatic and Clementine Tonic Waters, says Kantar’s Bluring. “Market value has benefited from range expansions from Fever-Tree and Fentimans to capitalise on the boom in flavoured spirits and increasingly adventurous tastes.”

CCEP similarly sees the merits in a premium proposition. It recently renamed Schweppes spin-off 1783 as Schweppes Signature Collection to better capture that market. Commercial development VP Simon Harrison is optimistic about CCEP’s role at the premium end of the sector.

“With people spending more time at home, many are looking for ways to make nights in feel special,” he says. “Premium pack formats can help to create a sense of occasion. Our iconic Coca-Cola glass bottles are a good example of this and are in 87% growth.”

A fancy bottle will only get you so far, of course. What’s inside has never been under so much scrutiny. 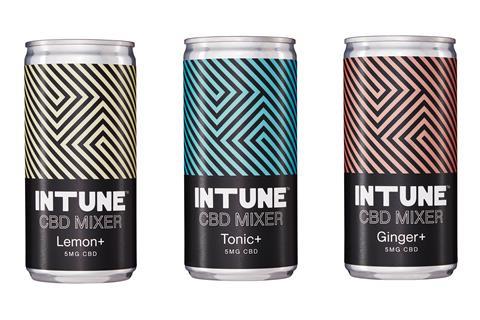 InTune CBD Mixers | Launch date: December 2020 | Manufacturer: InTune | CBD, a non-psychoactive compound found in cannabis, has become as familiar to today’s hip set as Marlboro Lights were to their 1990s counterparts. The folks behind InTune, which launched a trio of sparkling CBD-infused drinks in February and are now expanding into mixers (rsp: £1.45/200ml), say CBD helps them “find focus and stay present”. Lemon+ and Ginger+ are available online now, Tonic+ is available for pre-order in January. Each can packs 5mg of CBD sourced from Colorado. 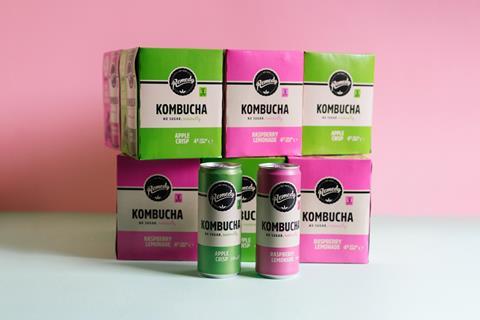 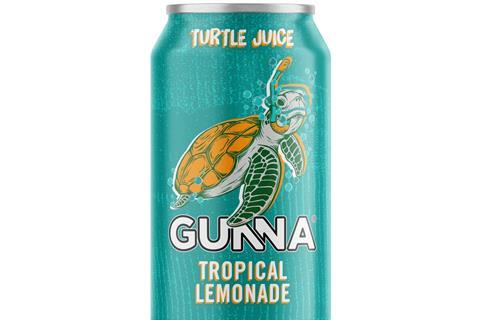 Gunna Turtle Juice and Sundowner | Launch date: February 2021 | Manufacturer: Gunna | No turtles came to any harm in the production of the first of these two new lines (rsp: £1.05/330ml) from Gunna. Turtle Juice Tropical Lemonade is in fact inspired by a mango daiquiri cocktail discovered by co-founder Chris Powting. Sundowner Lemonade is based on the Australian cocktail containing lemon, lime and orange. 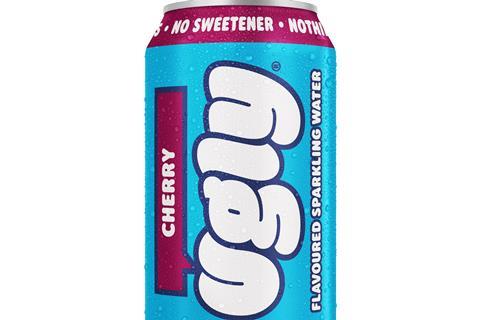 Ugly Cherry and Strawberry Seltzers | Launch date: December 2020 | Manufacturer: Ugly Water | Cherry and Strawberry flavoured variants of Ugly’s unsweetened fruit flavoured sparkling waters have rolled into Tesco, Sainsbury’s and Ocado (rsp: £2.65/4x330ml). They were launched following requests from the growing number of drinkers the brand is recruiting with its range, which is free from sugars, sweeteners and calories.