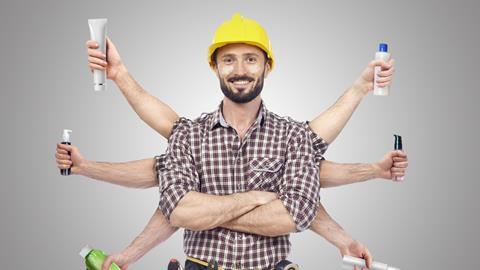 Male grooming has taken a downturn amid the many lockdowns of the past year. So how has skincare managed to buck the trend?

Men’s skincare is working hard. Amid a nosedive in the overall male grooming market – which fell over 12% as men hid behind bushy beards and Zoom screens [Kantar 52 w/e 42 January 2021] – skincare products have grafted to buck the trend as best they can.

Like every other part of male grooming, it’s suffered from locked-down guys taking a more casual approach to personal care. But they’ve declined just 0.7% in value, faring far better than deodorant (down 13%), razors & blades (down 12%) and shower products (down 12.3%). The 2.1% slump in unit sales is also the smallest across the market

Now worth £113.8m in grocery, skincare is the category’s third-biggest sector – and it’s certainly been the most resilient amid the challenges of Covid-19.

So, how has skincare been so industrious? And what labours does the male grooming market face as it works to recoup a £112m loss?

Skincare’s relative success looks to be largely down to the efforts of challenger brands. While top trio L’Oréal Men Expert, Nivea Men and Bulldog Skincare have shipped £3.4m between them, smaller names have grown their value at pace [Nielsen 52 w/e 30 January 2021]. Harry’s is up 61.2% while Barber Pro has added 27%.

“With lockdowns and remote working, more consumers are choosing to purchase online”

Posh startup Heath has also enjoyed early success in grocery, up 23% from a small base. Co-founder Harry Aaronson says this is partly down to the brand’s attention to detail, ensuring “all virtual shop windows were as strong as possible with stylish imagery, strong copywriting and relevant content”.

As he suggests, a focus on online has been critical to the survival of the many skincare brands this year, as the pandemic battered high street footfall. Take ManCave. In grocery, its skincare lines have lost 1.5% of its value on volumes down 7%. But brand manager Daniel Durose insists skincare was a “strong contributing factor” to an 87% increase in direct-to-consumer sales.

Another brand that’s hailing the power of DTC is Bulldog. “With multiple lockdowns and remote working the new norm, more consumers are choosing to purchase online,” says general manager Caroline Mallet. “This has presented us with a fantastic opportunity to continue growing our e-commerce sales.” She also credits an increased focus on self-care among housebound Brits seeking some semblance of normality. “Establishing a clear daily routine has been essential for many during the lockdown period and having time to focus on achieving healthier skin has definitely increased the interest in personal care routines,” she says. 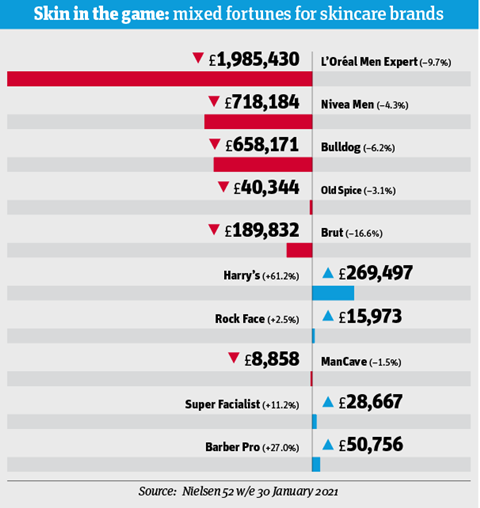 Part of such interest includes a preference for skincare products with added value beyond just washing your face or making it less dry. “We have seen a huge shift in attitudes towards less traditional grooming products,” says Mallet. “Men are seeking products that provide a functional benefit.”

So, guys might be looking for the likes of Bulldog’s long-standing Age Defence Moisturiser, containing rosemary, echinacea and vitamin E to help “reduce the appearance of fine lines and wrinkles”.

Or they might want Ultimate Defence Moisturiser SPF30, launched by RockFace in February to protect skin against the “drying qualities of both wind and sun”. It’s a function also offered by skincare startup The Other Saint, which includes SPF30 Protective Moisturiser among its premium portfolio. “Not enough men know the best thing you can do to prevent early ageing and skin problems is to apply an SPF,” says co-founder Sean Holman. “Our SPF30 not only gives great sun protection, it’s also a moisturiser, killing two birds with one stone.”

“Shoppers are willing to try new, exciting brands that offer a premium experience”

With prices starting at £17.50, The Other Saint’s DTC products are unlikely to suit every shopper’s budget. But they do mean the brand is bang on trend, suggests Iulia Preda, senior analytics executive at Nielsen. “This year we have seen brands that have a premium offering stand out,” she says. “Shoppers are becoming less interested in the mainstream and are willing to try new and more exciting brands that offer a premium experience.”

She cites Harry’s as a key example. “Despite higher price points than more established brands, Harry’s attracted shoppers looking to treat themselves to a premium experience.

“Effective use of social media and retailer space allowed Harry’s to grow its shopper base and expand into other categories.”

Those higher prices Preda mentions average out at £6.55 per pack for Harry’s, against an average of £3.89 across skincare as a whole [Nielsen]. That makes it the most expensive male grooming sector in grocery after razors & blades – a market that’s suffered a torrid 12 months.

Kantar’s data shows a loss of £24.9m for shaving. Its downward trajectory of recent years has been “exacerbated by the pandemic” says Nicola Howell, consumer specialist at Kantar, pointing to “growth in beards in particular over the first lockdown”.

Even more clean-shaven types are becoming more lax, with a third shaving once a week or less, she adds. Which would explain the February debut of Hydro Comfort Skin Reset, Wilkinson Sword’s first razor designed to tackle up to seven days of stubble. Equipped with three blades, it promises “a close shave without pulling, tugging, or irritation”.

And it comes in plastic-free packaging made from more than 90% recycled paper, giving it the sort of suitability credentials its rival shave brands have also been looking to earn. Gillette, for example, launched a packaging refresh in February across its full range of system razors and blades. The new packs are made of at least 50% recycled materials, in a move the brand says will remove 79 tonnes of plastic in the first full year.

It came after Bulldog’s September launch of its razor made from at least 70% recycled glass. It was just the latest in a long line of eco-friendly endeavours by the brand, which last month revealed its full range of moisturisers had received certification from CarbonNeutral – the initiative created by sustainable business advisers Nature Capital Partners. When it comes to protecting the planet, “consumers will want to see brands taking action and will look for alternatives to products that are unnecessarily harmful to the environment” says Mallet.

That is the case not just for shaving but the whole of male grooming, insists Stephen Shortt, CEO of Hawkins & Brimble, which in June will roll out refillable aluminium packs for its shampoo, conditioner and bodywash lines. It’s not just a sustainable move, it’s also a shrewd one because shoppers “warm towards disruptors who have a face and real beliefs about the planet” he says.

Perhaps that’s just the sort of hard graft the category needs to revive itself. 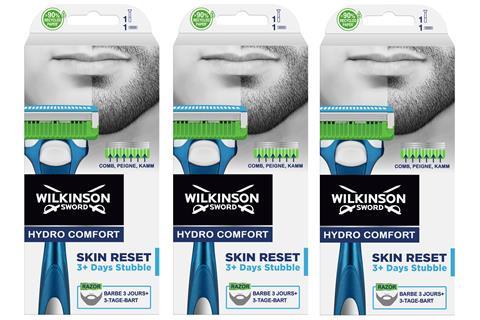 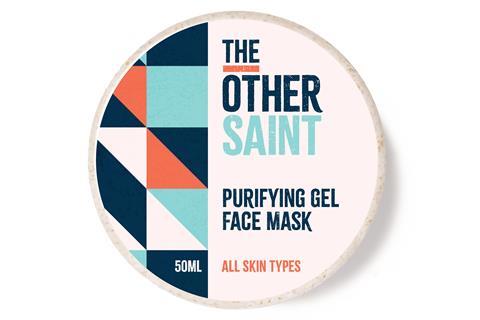 Purifying Gel Face Mask | Launch date: December 2020 | Manufacturer: The Other Saint | Startup The Other Saint claims this face mask – in a compostable pack (rsp: £21.50/50ml) – is “perfect for all skin types”. Its all-natural ingredients include pineapple, which “minimises skin damage from sun and pollution” and mango, which is “high in vitamin A and beta carotene, helping to remove dead layers of skin”.

Source: The Other Saint 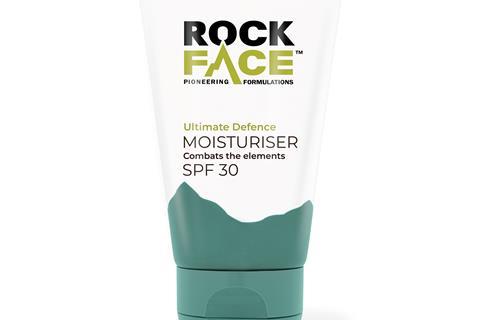 Ultimate Defence Moisturiser SPF30 | Launch date: February 2021 | Manufacturer: RockFace | With an rsp of £8 for 100ml, this is the “most affordable SPF30 men’s moisturiser” on the market, RockFace claims. It’s designed to protect against the drying qualities of wind and the sun’s UVA and UVB rays. The formulation contains glycerin to hydrate and soothe the skin. It’s available via Ocado, Amazon and RockFace’s website. 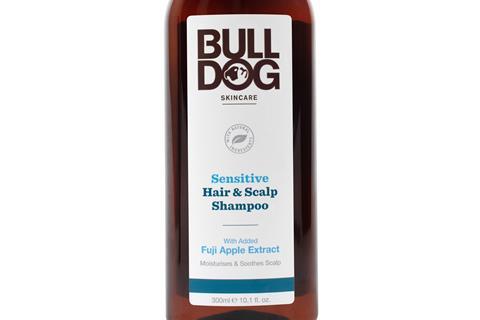 Bulldog Skincare Shampoo | Launch date: February 2021 | Manufacturer: Edgewell | Bulldog Skincare has added its first shampoo, comprising Original, Sensitive and Anti-Dandruff (rsp: £5.50/300ml). Packed in a 100% recycled plastic bottle, they use ingredients such as chicory root, Fuji apple and bark from the jujube tree, a plant native to South America that “has been used locally to clean hair for thousands of years”.