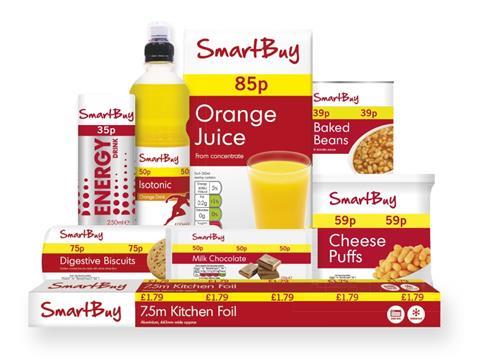 The price-marked Smart Buy range includes a 250ml energy drink at 35p, one litre of orange juice at 85p and a 180g pack of mature Cheddar at £1.29. Musgrave GB, which has been criticised by some retailers for not investing enough in supporting Londis, first revealed to The Grocer in April that it planned to introduce the range.

“From what I have seen it’s a very smart move,” said Londis retailer Purdeep Haire. “It allows Londis retailers to stock a competitive own brand but, more importantly, shows Musgrave is at least moving in the right direction and listening to retailers.”