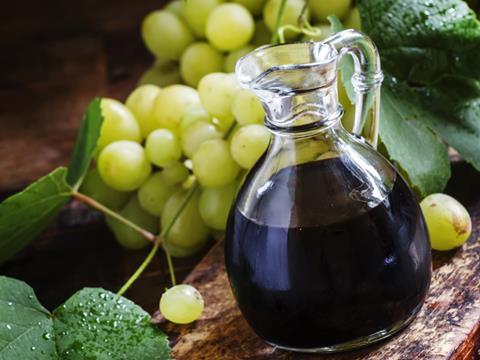 Bad taste: balsamic vinegar cost is set to shoot up in the shops

Marco Nodari, export manager for premium Italian brand Mengazzoli, says grape must - the cooked juice of grapes suitable for making wine and vinegar - is scarce after vineyards in Italy and Spain suffered a late spring frost, destroying fruit. Volumes were further stymied by an overly dry summer. “The harvest this year has been a disaster,” says Nodari. There are no exact yield figures available yet to vinegar makers, he adds, although the latest EU figures predict 145,100hl of grape must for 2017-18, from 169,495hl a year earlier - a 14.3% downturn.

Suppliers of grape must are already reneging on contracts with customers and demanding more money, says Nodari. Prices will change “rapidly”, with an increase of 45% not out of the question, he warns. Vinegar makers were hit by such rises in 2012-13, when grape must supplies fell 7.8%. The latest price rise will become apparent early next year.

The poor grape harvest is only the latest problem for vinegar makers, who have also seen commercial vineyards reduce production following the EU’s decision in 2008 to stop funding Europe’s figurative wine lake. The same vineyards are also selling increasingly large proportions of their crops to food & drink firms wanting fruit sugar as a sweetening alternative to cane sugar - with no variety of grape out of the question. “They can even use prosecco grapes,” says Nodari.

He doesn’t expect a shortage of balsamic vinegar to hit over the next 12 months, with supplies currently being aged likely to be enough to fufil demand. However, some own-label products might reduce their quality, and regular wine vinegars could be in shorter supply.