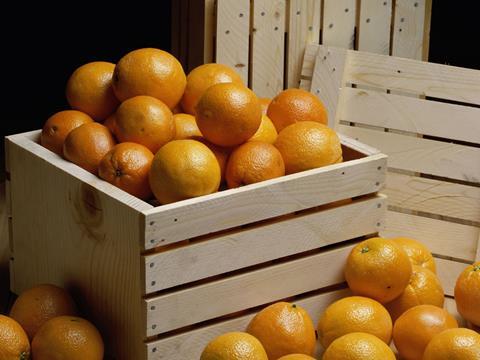 Orange juice prices are set for a fresh surge this year as Florida struggles to recover from the impact of Hurricane Irma.

Prices for frozen orange juice concentrate reached record highs of about $2,500 per tonne in early 2017, but a 50% increase in production from major exporter Brazil meant they fell to around $1,800/$2,000 per tonne in August/September.

However, they have since rebounded to $2,000/$2,200 per tonne and could move closer to the $2,500 mark again this year, predicts Andrés Padilla, a senior analyst for beverages at Rabobank.

The renewed surge in prices comes after Hurricane Irma hit Florida - another major orange producer - at the end of last year. Growers in the state had already been struggling with citrus greening, and Florida is now on track to produce its smallest orange crop since 1945 in 2017/18, with another small harvest to follow in 2018/19.

“The cure to citrus greening has failed to arrive, which has meant Florida’s production has kept coming down,” says Padilla. “There are also pressures on the price of land because Florida is the preferred state for retirement in America and there is a lot of demand for building new golf courses and condominiums.”

Brazil is also likely to have a smaller crop in 2018. “The large crop in 2017 was due to perfect weather conditions and that was always going to be difficult to replicate so next year it is likely to be 15%-20% lower,” Padilla adds.

Demand for chilled orange juice continues to decline, with latest data suggesting a 7% year on year drop in in the US and a 3% drop in Europe. “But the fact Florida is having such a problem with its production and Brazil will probably have a smaller crop means supply will probably decline faster than demand so prices will trend higher,” says Padilla.