Tomato prices soar 36% due to bad weather in Europe 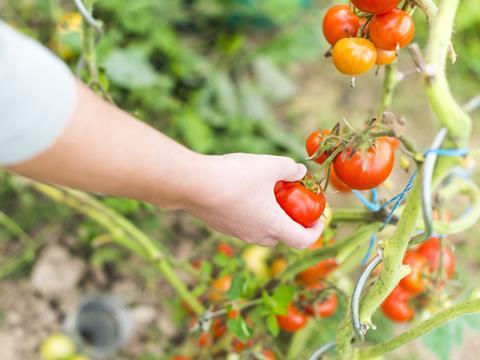 Adverse weather conditions across Europe during the spring have led to a tightening in tomato supplies from key growing regions and resulted in soaring wholesale prices.

Average tomato prices rose to £1,247/tonne last week, an increase of 9.5% compared with late July and some 36.8% higher than this time last year [Mintec].

As with many imported commodities following the UK’s vote to leave the EU, the depreciation of the pound has had a significant effect on wholesale prices in sterling, according to Mintec fruit and veg analyst Jara Zicha.

Unfavourable weather conditions across the EU have further exacerbated this problem, he adds, with torrential rains across Spain and Portugal during April and May delaying the planting of crops.

The wet weather has meant some of the crop was planted under very difficult conditions while in some areas planting was abandoned altogether, Zicha says. In Italy, torrential rains, below-than-average temperatures and strong winds hit tomato production during June.

As a result, both Italy and Spain are expecting delays in harvest and a decline in tomato yields this year, he adds.

Bad weather has also affected crops in the world’s second largest tomato exporter, the Netherlands, according to Andy Weir, head of marketing at fruit and veg supplier Reynolds.

“Plum tomatoes and plum on the vine tomatoes have all been affected by the well-publicised hail storms in Holland recently,” Weir says.

This saw giant hailstones the size of tennis balls causing chaos in June and leading to millions of euros worth of damage to cars and property in the South.

As a result of the freak storms, companies supplying tomatoes to Reynolds are reporting an estimated loss of between 15% and 20% of their crop, Weir adds.