UK beef prices continue to fall due to increased slaughterings from a larger steer herd, down 3.5% year on year and month on month. In France, low domestic demand is also keeping beef prices low despite a recovery in EU exports after the Russian ban.

UK lamb prices have fallen 8.3% year on year as a result of high throughputs, with higher year-on-year slaughterings in the first three months of 2015 (see p16). New Zealand lamb prices are also down, by 6.8% year on year.

UK pork prices have fallen 19% year on year as a result of increased production and a fall in exports, especially to non-EU countries. The decline in exports is primarily down to the strength of the pound, which has made exports from other EU countries more competitive. Pork prices have also been hit by the Russian trade embargo, which continues to suppress EU pork prices as a whole, down 23.2% year on year. 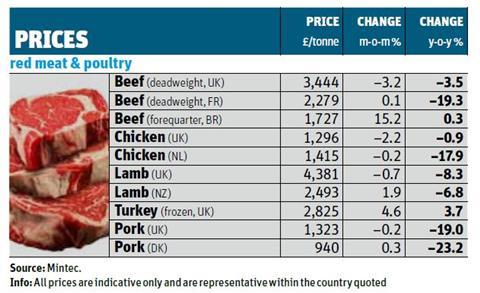 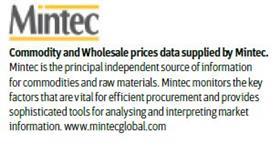