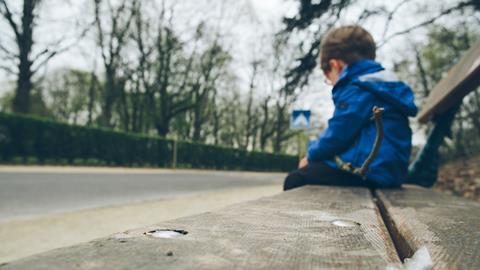 How prevalent is child hunger in the UK? And what can be done about it?

Footballer Marcus Rashford is waging a war against hunger. After successfully campaigning to extend free school meals this summer, the Manchester United star last week launched a taskforce with a raft of major supermarkets and suppliers to try to reduce child food poverty.

It comes as charities including FareShare, the Food Foundation and The Trussell Trust warn the coronavirus pandemic is making food poverty worse in the UK. So just how big is the problem? And what can be done about it?

Food poverty was already a growing problem in the UK before the pandemic hit. Between 1 April 2019 and 31 March 2020, The Trussell Trust’s food bank network distributed 1.9 million three-day emergency food supplies to people in crisis. That’s an 18% increase on the previous year, and a massive 74% increase on food bank usage five years ago.

But coronavirus has undoubtedly made things even worse. The Trussell Trust reported an 81% increase in people needing support from food banks at the end of March compared with the same time last year. Demand from children for food bank services increased by 121%, it warned.

And while a lack of food in shops was undoubtedly a factor, 3.2 million people suffered from food insecurity due to other issues such as a loss of income or isolation, the research found.

Since then, lockdown has eased further and food supplies have returned to a relative normality. But the economic damage inflicted by coronavirus means the problem of child poverty is not showing any signs of lessening.

According to new research from Mars Food UK and The Trussell Trust, almost a third (30%) of UK adults are concerned about not being able to provide for themselves or their family, with 22% saying they will need to take steps to reduce their food and drink shopping bill.

“Some 14 million people in the UK live in poverty, and 4.5 million of them are children,” wrote Craig Sargeant, general manager, Mars Food in The Grocer last week. “That was before the Covid-19 pandemic began. As each day goes by we hear of more job losses and greater economic damage. We all know what this means: untold numbers of families being pushed closer to the edge of poverty.”

The government has recognised the growing threat posed by food insecurity in the UK. In May, it pledged £16m to provide food for those who are struggling as a result of coronavirus.

The programme, delivered through charities including FareShare and Wrap (Waste and Resources Action Programme), helped provide millions of meals to households in need.

It also extended its free school meal (FSM) voucher scheme over the summer holidays in England after facing pressure led by Marcus Rashford, although supermarkets raised concerns over the alleged botched handling of the scheme.

Supermarkets and suppliers, meanwhile, have taken impressive action on hunger – with many ramping up financial and food donations to food banks as well as providing donation stations in stores.

But charities, who have been working exceptionally hard to fight hunger amid the coronavirus outbreak, warn these efforts won’t be enough to solve the growing crisis. Instead, they say, the UK needs a national plan to tackle food insecurity.

“It’s clear that the efforts of government, local authorities and frontline charities are making a difference but the scale of the response falls far short of the need which people are experiencing,” said Anna Taylor, executive director of the Food Foundation in May.

“Many are suffering in silence and behind closed doors. Food insecurity is a measure of severe material deprivation and eating a decent diet is critical for protecting the nation’s long-term health. It’s high time we had a national plan for tackling this problem and immediately providing the lifeline assistance which people desperately need.”

Writing in The Grocer in May, Kath Dalmeny, chief executive of Sustain said: ”Without a national food plan, it appears that the grocery trade could be expected to feed millions of people for free for many months to come. Sustain is calling instead for an adequate social security safety net that enables people to buy the food they need. This would be better for families, schools, local authorities and food businesses, as part of a Covid-19 food recovery plan that works for everyone.”

The food sector has made similar pleas to government. Industry leaders have already called on the government to introduce a minister for hunger and urged ministers to speed up the volume of aid to vulnerable people by giving companies VAT incentives to donate food.

Now, having joined Rashford’s new taskforce, Aldi, Asda, Co-op, Deliveroo, Iceland, Kellogg’s, Lidl, Sainsbury’s, Tesco and Waitrose were among the signatories on a letter to MPs calling on the government to implement key proposals from the National Food Strategy, published in July by Leon restaurant founder Henry Dimbleby.

It called for the expansion of free school meals to every child from a household on Universal Credit, extending holiday provision to support all children on free school meals and increase the value of the Healthy Start vouchers scheme to £4.25 per week (from £3.10).

So far, the government hasn’t indicated whether it would be willing to take those steps. But with the food industry now united – and Rashford leading the fight – the pressure is on ministers to take decisive action to end child hunger in the UK.