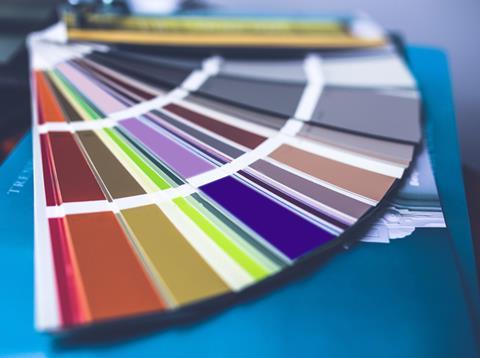 Mondelez has failed in the Court of Appeal to alter its trademark for Pantone 2685C, the colour unofficially known as Cadbury purple

When it comes to Pantone news this month, purple reigns.

Yes, the company might have last week sparked controversy by announcing its colour for 2019, the pinky-orange 16-1546, aka Living Coral. Critics attacked Pantone for being tone deaf, given how climate change has killed or bleached vast stretches of the planet’s coral.

However, the Pantone shade that’s the big headliner right now is 2685C – best known, unofficially, as Cadbury purple. The confectionery giant’s owner Mondelez last week failed in the Court of Appeal in its effort to alter its trademark for the distinctive colour.

The story leading up to the ruling is complex. Here’s a simplified version – from purple patch to purple haze.

Read more: Mondelez commits to making all packs recyclable by 2025

Since 1995, Cadbury has owned the 2685C trademark across chocolate bars and tablets, “applied to the whole visible surface, or being the predominant colour applied to the whole visible surface, of the packaging of the goods”. After the company attempted in 2004 to broaden its ownership to the likes of cakes and hot beverages, main rival Nestlé objected on the grounds of lack of distinctiveness.

In 2013, the UK’s appeal court ruled against Cadbury. So the company, fearing its 1995 registration was potentially invalid, returned to the courts to have the wording tightened and take proper control of the purple it has used for more than 100 years.

But that bid this month came to nothing. Lord Justice Floyd, who presided over the case in the Court of Appeal, was unconvinced by Cadbury’s argument that the trademark should apply when the colour was simply predominant on pack, rather than having to cover the whole surface.

If the company were allowed to change its registration, it “could cover uses of purple in extravagantly different ways” said the judge. “The mark could appear as stripes, spots, a large central blob, or in any other form.” And that wasn’t gonna fly for Floyd.

Which brings us up to date (via the equally convoluted trademark battle over the shape of Nestlé’s Kit Kat, which Cadbury sparked in retaliation). Now Cadbury is, according to legal experts, left exposed to imitators.

The latest ruling “leaves the Cadbury colour purple trademark open to attack for a lack of precision in its description” says Kate Swaine, partner at law firm Gowling WLG.

Opinion: Nestlé has more to gain than a trademark in its Kit Kat battle

Trademark attorney Rebecca Anderson-Smith of Mewburn Ellis goes even further by suggesting an “attack” could come from “Nestlé and other third parties”.

Harbottle & Lewis’ Sharon Daboul agrees: “Competitors such as Nestlé may now be considering their options in terms of cancelling the registration altogether.”

While I’m prone to agree with the trademark experts, I’m less eager to predict Nestlé would play around with Pantone 2685C – given the legal battering it’s taken itself over the shape of Kit Kat.

Let’s hope the long, spiteful and rather tedious trademark tit-for-tat between the Swiss supplier and Cadbury is finally over. Even if it is, though, the lawyers in Bournville will no doubt keep their fists up.

“I would expect to see Cadbury vigorously defend its associations with the colour purple through the law of passing off,” Swaine predicts. “There will be more battles to come if competitors view this as an open door to use of a similar shade of purple on confectionery.”

Indeed, the confectioner has sworn to “continue to protect what we believe is a distinctive trademark and challenge those who attempt to pass off their products as Cadbury chocolate by using this colour”.

It remains to be seen, then, whether the company was born to the purple.