Duck sales in supermarkets soar by an extra £10.9m to outpace other poultry 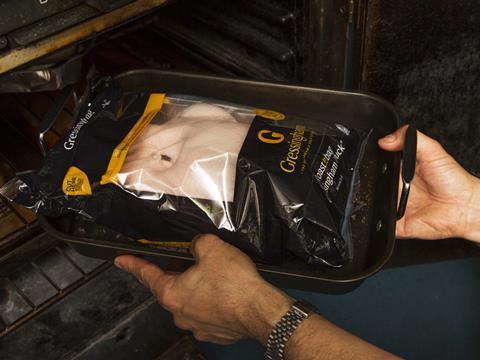 Sales of fresh duck continue to gain pace, with Brits splashing out an extra £10.9m on the premium poultry in supermarkets last year.

Although only a small part of the poultry market, duck significantly outpaced other proteins last year, with value sales soaring 41.8% to £37m [Kantar Worldpanel 52 w/e 22 May 2016] on volumes up 54.5%.

Affordability is one factor behind duck’s surging popularity, with shoppers tempted by an 8.2% drop in average prices.

There had been a big move in the market towards portions, giving consumers more affordable ways to try duck, said William Buchanan, commercial MD for duck brand Gressingham.

“For example, we have launched a breast portion pack and brought pack weights down to 250g.”

Retailers had also invested in promotional activity on duck, with M&S in particular growing its value share through dine-in deals, he added. “Other retailers have included duck in multibuys, particularly three for 10 deals.”

The development of more ready-to-cook duck products is also tempting new consumers into the category. “Our ovenable ready-to-roast packs for whole ducks and crowns have helped consumers overcome the hurdles of cooking with duck,” Buchanan said.

Gressingham was now hoping to grow the category even further by focusing on tapping “dine-in” occasions, Buchanan added.