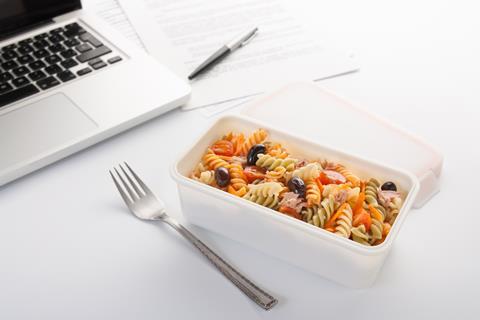 34.3 million lunchbox choices were made because food ‘needed using up’, data shows

Brits have eaten leftovers for lunch an extra 20 million times in the past year, as belts tighten and food waste concerns grow.

A staggering 156.8 million British lunchboxes featured leftovers in the year to 24 February. That represents a 15% increase on the year before, shows exclusive Kantar data compiled for The Grocer, with 34.3 million lunchbox choices made because food ‘needed using up’, an increase of 34.4% year on year.

Young adults drove the trend. Kantar data shows leftover lunches almost doubled in popularity among 16 to 24-year-olds, whose number of servings shot up 92.8% to 22.2 million. Among 25 to 34-year-olds, the number of leftover servings rose 15.2% to 38.4 million.

AHDB said this was linked to a lower economic confidence among younger groups. “The fall in consumer confidence is hitting younger people the hardest, and taking leftovers out for lunch is a great way for them to save money,” said Grace Randall, consumer insight analyst at AHDB.

Cost is a key motivation for lunch choices. In a Streetbees poll of 619 consumers, 36% said price was their highest priority, compared with just 17% who chose taste.

Leftovers also tie in with the rise in batch cooking, which has grown 22% between 2014 to 2018, according to Kantar data.

And supermarkets are encouraging consumers to use up food through recipe ideas. The Tesco site, for example, has a leftovers tool that offers more than 600 recipes using leftovers.

There has also been a move towards leftovers in the out-of-home arena. In 2016, the Scottish Government provided free doggy bags to hundreds of restaurants across Scotland to reduce food waste. The initiative came after a pilot scheme showed offering customers doggy bags could reduce food waste from leftovers by 40% per restaurant.