Supermarket loyalty low as shoppers are 'spoilt for choice' 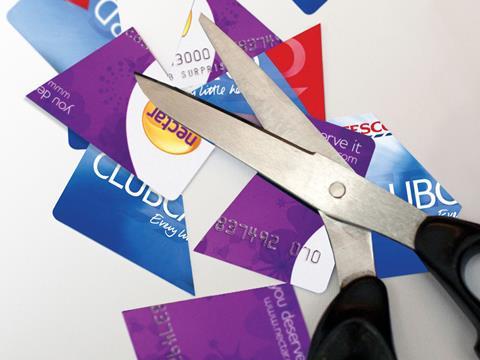 Shoppers own an average of 3.3 cards, but use only 2.5, the report claims

One in six UK shoppers switched their main store in the past year, according to a new study showing loyalty is thin on the ground for the supermarkets.

According to research by TCC Global, almost a third (32%) of UK discount shoppers and one in six (16%) of all shoppers have switched their main store in the past 12 months.

The report found low levels of loyalty were partly due to shoppers being spoilt for choice, with 11 reachable stores on average.

Almost two-fifths (39%) of shoppers said it wouldn’t matter to them if their usual grocery store closed.

The study of more than 1,500 shoppers found that on average shoppers have 10 ‘easily reachable’ stores and five that are ‘very easily’ reachable, meaning that it is easier than ever to switch between retailers.

The top reasons for shoppers switching retailer were found to be low everyday prices and better value for money.

Just 22% of respondents said they would spend less at a shop if it no longer offered loyalty cards, and the research found that shoppers had an average of 3.3 cards, but use only 2.5.

Sainsbury’s was recognised as the best for loyalty rewards, with Asda, Lidl and Aldi the worst.

The study shows retailers can influence shopper choice by linking loyalty to cooking and eating deals. Some 43% of shoppers admitted to being more encouraged to buy from a shop that inspired everyday simple, healthy meals and cooking from scratch.

Roberts added: “A quest for better value-for-money involves much more than just price. Value in a broader sense also involves issues like quality and service (or perceptions thereof), an observation that is illustrated by the fact that Asda, which has been the cheapest supermarket for a great many years, has been steadily losing market share as perceptions of quality, in-store experience and range have - rightly or wrongly - lagged behind those of competitors.”