Sales of lower-sugar soft drinks surge in wake of levy 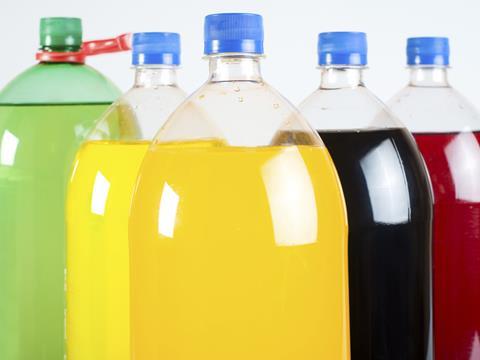 Sales of low and no sugar soft drinks have surged in the wake of the soft drinks levy, as Brits swapped sugary fizz for healthier options.

Volume sales of low and no-sugar variants rose 15% to 12 million litres in the two weeks after 6 April, when the levy came into force [IRI 14 to 21 April]. This equates to an additional six million litres per week on average compared against the 12-week period in the run-up to the levy.

Water sales also saw big increases, with volumes up 18% in the two weeks after 6 April.

On a year-on-year basis, sales were up 8% for low and no sugar drinks and 9% for water. Sugary drinks volumes, meanwhile, were down 11% on last year.

Across the total soft drinks category, average weekly volumes were up by 14.2 million litres in the two weeks post-levy compared with the weekly average in the 12 weeks pre-levy.

Scott Meredith, UK sales director at Lucozade Ribena Suntory, said the long-term consumer trend towards lower-sugar and healthier options had been “demonstrated by the growth in this segment before as well as shortly after the implementation of the soft drinks industry levy”.

Katerina Gilbert, marketing director at Clearly Drinks, added: “We always anticipated a boost on sales of the low-sugar content soft drinks and those that underwent reformulation to comply with the sugar tax.

“We can see that consumers are already reacting and that there is an even bigger thirst for healthier hydration.”