So adieu then, 'bifteck végétarien' 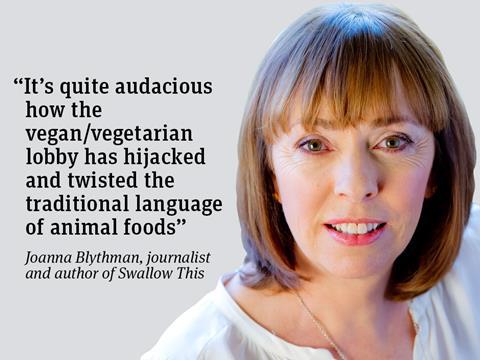 The French are as pernickety about abuses of their language as they are passionately defensive of their food traditions, so it’s not surprising French MPs have voted to ban the use of terms such as ‘steak’, ‘sausage’ or ‘fillet’ to describe products that have no meat in them. Adieu ’bifteck végétarien’ and ‘saucisse de soja’. France has called time on ‘plant food’ ­posing as meat, on pain of penalties up to €300,000 for any company that flouts the law.

When you think about it, it’s quite audacious how the vegan/vegetarian lobby has hijacked and twisted the traditional language of animal foods (vegan ‘cheese’, ‘milk’, ‘chicken’, ‘bacon’, ‘eggs’) and exploited their feelgood connotations while ideologically trashing the production systems that create them.

Livestock farmers have a legitimate bone to pick with vegan evangelists: if you reject traditional animal foods for copycat doppelgangers, at least have the decency to invent your own language to describe them.

I’m all for tightening up on any linguistic usage that blurs the line between omnivore and vegetarian foods, but expect the vegan lobby to complain loudly. It chooses to ignore the irony of purloining an omnivore lexicon because it knows ­makers of imposter foods would otherwise struggle to find enticing descriptions.

Take the much-puffed Impossible Burger. Remove the burger word and what are you left with? ’A patty made from water, wheat, potato and soya protein powders that’s flavoured, coloured and bound with edible glue?’ Doesn’t have quite the same ring to it, does it?

The sales pitch for ‘plant food’ manufacturers is that populations are still ‘in transition’ to pure veganism. We’re told that in the interim they crave the reassurance of analogue ­animal foods until they make the required adjustment to this morally correct vegan lifestyle.

An alternative analysis is that many ‘in conversion’ followers of the ‘plant food only’ fashion miss animal foods in their diets ­something rotten, both for the solid, reliable nutritional satiety they deliver and their unique, irreplaceable flavours. Whether they lose their ­appetite for them long term remains to be seen.