Students not interested in big brands or low and non-alcohol drinks, study suggests 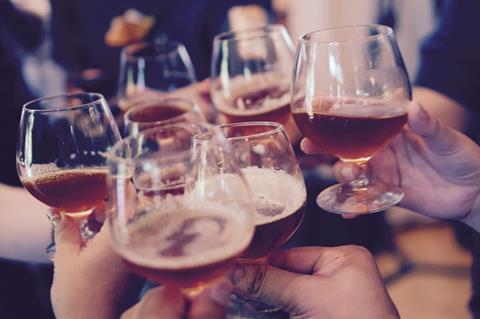 Findings were based off a survey of 1,000 students across the UK and seven focus groups held at major universities

Students are growing increasingly disloyal to booze brands, and show little interest in low and non-alcoholic drinks despite the wider moderation trend, according to new research.

A majority of students surveyed by marketing firms YesMore and Hype Collective, which quizzed 1,000 students on their drinking habits and held focus groups at major UK universities, said they did not consider themselves loyal to any particular brand, with 53% saying they would always go for the cheapest option.

Two thirds said they were loyal to specific categories of booze such as rosé or IPA, but even within those categories many “were actively disloyal to brands”, the report said. Of those that considered themselves loyal to a brand, it was “often driven by price or practicality”.

Meanwhile, two-thirds of focus group attendees said they would be drawn to a brand they hadn’t heard of, with most saying they associated it with higher quality.

The survey’s findings had ”major implications for brands looking to reach students, in that big brands now seem to be an active turn-off for many”, said YesMore co-founder and new client director Tom Harvey.

“Price has always been a big driver for students, of course, but now many are actively seeking out new, unknown brands at the expense of better known names – potentially good news for new launches.

“The irrelevance of endorsements and social media for this group is also really interesting and another reason for brands to have a solid marketing strategy before jumping on the influencer bandwagon.”

Additionally, the survey found students were uninterested in low and non-alcoholic drinks – despite a widely documented drop in alcohol consumption among younger people.

Only one third of students in focus groups had tried one, and “most had never purchased one themselves”, while “most agreed that they would be more likely to drink water or a soft drink if they didn’t want alcohol”.

The study attributed this largely to “the reduction in peer pressure felt by students”. Approximately 80% of focus group attendees said they would never feel self-conscious ordering a non-alcoholic drink, and “a similar proportion said they never felt peer pressure to drink”.