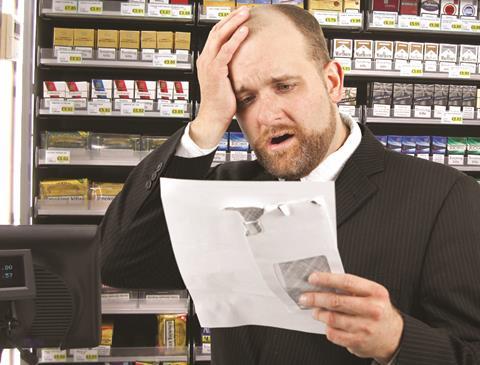 Shops and small businesses should receive protection under Ofgem’s plans to clamp down on gas and electricity catch-up bills from more than 12 months ago, the ACS says.

Ofgem is currently only including domestic customers in its plans to curb companies sending out back-bills for any shortfall between payments and energy used from up to five years ago.

Back-bills mainly result from suppliers using estimated bills until they take an actual meter reading, which may show that the customer’s consumption has been higher than expected.

In 2007, energy suppliers signed a voluntary commitment not to back-bill domestic customers for energy used more than 12 months previously if the supplier is at fault.

But in April, Ofgem said the expansion of the market had led to concerns the agreement was not being upheld and set out plans to write it into the rules. It is also planning to reduce the back-bill time limit when more accurate smart meters are rolled out in homes.

The ACS is now calling on the regulator to offer the same protection to non-domestic customers.

“For a retailer, an unexpected back-bill worth thousands of pounds can be a threat to their business,” said ACS chief executive James Lowman.

“Many energy suppliers have taken positive steps to reduce the impact of back-bills by limiting them to 12 months, as is the case in the domestic sector. However, a number of energy companies still refuse to change their policies and this is simply unacceptable. We believe that local shops and other small businesses should be protected by the same standards of conduct that govern supplier interaction with domestic consumers, and that Ofgem should act swiftly to introduce a licence condition to limit back-billing to a maximum of 12 months.”

An Ofgem spokeswoman said: “Ofgem is currently reviewing whether to put in place a new enforceable rule to provide protections so that suppliers are not allowed to back-bill customers for energy used more than 12 months ago.

”This includes both domestic and potentially non-domestic consumers.”