After the party: how local retailers saw the Olympics

How did shopkeepers local to London 2012’s venues experience the Games? The Grocer’s survey reveals the true impact on trade 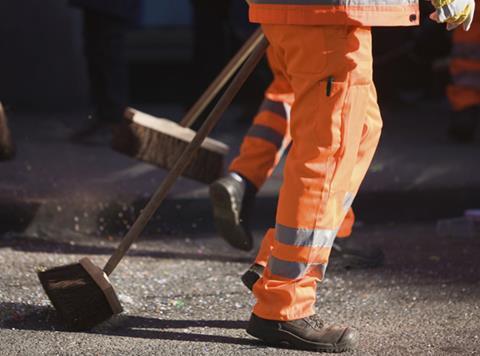 The Olympic hangover has started. But for some the party never really began.

A poll carried out exclusively for The Grocer suggests that as Team GB was winning its record medal haul, the Games actually damaged more of London’s independent shopkeepers than they benefited.

Fifty-two per cent of indies near London’s Games venues said the Olympics negatively affected business. That compares to a slightly rosier picture at venues outside the capital, where the Games benefited 67% of retailers and damaged 33% according to our poll, conducted by Retail Attack CBJWT.

The findings suggest the Olympics fell way short of local businesses’ expectations. Most retailers (78%) near the 2012 venues polled by The Grocer in May said they expected the Games to benefit trade. Now only 58% of these retailers say they benefited from the Games.

Our poll also suggests that the Games’ organisers are deeply unpopular with local independent shopkeepers. Back in May, 52% said LOCOG had not done enough to minimise disruption to their businesses. After the event that number has increased to 68%.

“Business has been dead,” says the owner of one Premier fascia c-store in Hackney Wick, to the west of the Olympic Park. “Sales are down 50%. The organisers blocked the area off.”

The owner of a nearby off-licence heaped further blame on LOCOG. “They pushed all the people through Stratford [to the east of the Olympic Park], so our business died,” he says. “We stocked extra drinks for the Olympics, and couldn’t sell it.”

The story is echoed across town. Brick Lane’s restaurateurs claim the 90,000 extra visitors expected to descend on the ‘curry capital’ never showed. In Leyton, a group claim they’ve lost thousands after setting up a food market to cater for hordes that never materialised.

Not everyone lost out though. Those close to areas LOCOG channelled visitors through are quids in. “Trade has increased 10% for us,” says the manager of one big four supermarket close to Stratford train station. “That wasn’t from our usual core customers - most of them went away. The majority of it was from athletes and visitors.”

Sunny Patel, who runs a Londis c-store in Lauriston Road, South Hackney, says sales were up about 15% over the fortnight of the Games. “The first week was very good and I would say the second week was average business,” he says.

But it could have been better. “The problem was that people were being told to go a certain way, so some were not coming through Lauriston Road. However, it was good for us. It may not have been a good thing for everyone, but overall it was good for the area.”

On this point at least, more of the respondents to our poll agree. In May just 23% of retailers local to the venues thought the Games would leave a positive legacy. After the event that number was 54%, with London-based indie retailers slightly more optimistic than their provincial counterparts (66% in London say the Games’ legacy will be positive, compared with 41% outside the capital).

“The disruption was short-term,” says one Spar retailer who estimates trade was down 20% during the Games. “There’s been a lot of investment in the area, which is bound to have a positive effect in the long run.”

After all, a hangover doesn’t last forever.

Did London 2012 positively or negatively effect your business?

Was disruption from the Games better or worse than expected?

What was the greatest cause of disruption?

Did LOCOG do enough to minimise disruption?

Will the games leave a lasting positive legacy locally?