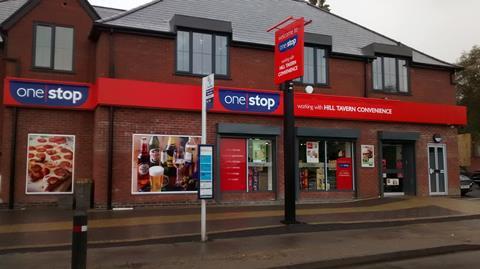 One Stop at the old Hill Tavern pub

Multi-site retailer Atul Amin has opened his first One Stop franchise on the site of a burnt-down pub.

Kwiksave retailer Amin bought the Hill Tavern Pub in Dudley after it had been repeatedly targeted by vandals and a fire caused considerable damage beyond repair.

Amin and his sons Rakesh and Dhanesh demolished the old pub and constructed a brand new 2,000 sq ft convenience store on the site creating six new jobs for the local community.

“We chose One Stop because of the extensive range and the strength of their offer. We were particularly impressed with the margins on promotions and the strong supporting PoS. There always seems to be theatre in store and many of the offers are as competitive as the supermarkets,” said Rakesh.

The family has also formed links with two local schools and proceeds from 5p carrier bags will be spent on new school equipment.

“The store is already proving a huge success with the locals,” added Dhanesh.

“Everyone has thanked us for restoring the site and have said how impressed they are with the store and all of the additional services we are bringing to the community, and we hope to further improve the store with a Post Office.”