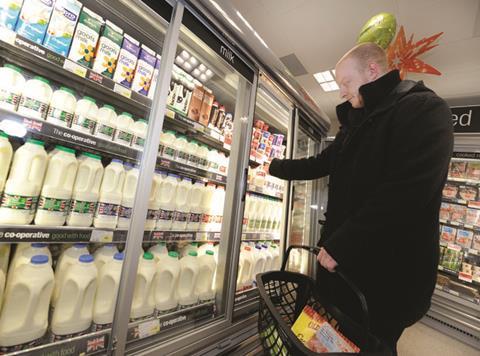 Multiple convenience players are investing millions in store improvements while independents have curbed their spending, according to a report by the ACS.

Convenience stores across the UK have invested a record £210m in improvements in the past three months driven by multiple operators, who spent £9,514 per store on average.

But the picture was altogether different among independent retailers, whose investment dropped to its lowest level since the survey began in 2012. And just 13% of independents plan to invest in their stores in the coming year.

This low intention to invest is matched only by the results in August last year, shortly after George Osborne announced plans to introduce the national living wage in his first post-election Budget.

Of the independents planning to invest, two thirds said they would be funding it from their own reserves, with just 8% going to the banks for help.

To support the growing demand for fresh and chilled foods in the convenience sector, the most common form of investment in store remains refrigeration. Some 13% of the investing stores were planning full refits.

“There is a widening gap between stores that are having to cut costs in their business to stay afloat, and those that have the capital to be able to invest in measures like full store refits and new technology and services in store,” said ACS chief executive James Lowman.

“This is especially concerning as retailers that aren’t able to invest will struggle to stay competitive, missing out on opportunities to provide more fresh and chilled options to customers and capitalising on the growth of the food-to-go market,” he added.

“The convenience sector is facing an ever-increasing cost base with the introduction of the national living wage, auto-enrolment pensions and uncertainty over business rates, and we believe that more can be done by central government and local authorities to incentivise investment and help smaller independent businesses to secure their long-term future.”