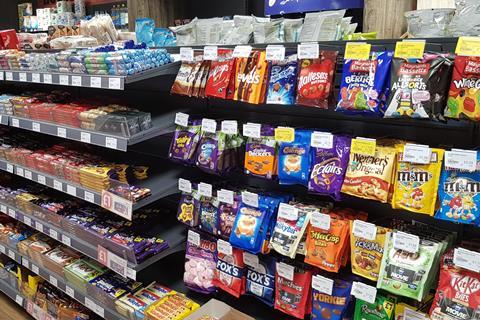 The convenience sector has criticised new proposals for Wales to face additional restrictions on HFSS promotions to those set to be introduced in England.

ACS CEO James Lowman said the trade body was “very concerned about the prospect of slightly different and even more confusing rules on restricting HFSS products and promotional activity in Wales compared to England”.

The Welsh government launched two consultations today aimed at tackling obesity, including proposals to restrict HFSS promotions in stores and introduce a legal minimum age of sale of 16 for sales of energy drinks.

While they include proposals similar to those being introduced in England, they also set out additional restrictions. As well as restrictions on multi-buys and other promotions on HFSS products, the Welsh proposals add restrictions on “temporary price reductions”.

They add “free standing display units” to store entrances and aisle ends as places HFSS products should not be displayed.

The Welsh government has also proposed that additional products be considered as HFSS, including cooking sauces, pasta with added ingredients and table sauces.

“We are very concerned about the prospect of slightly different and even more confusing rules on restricting HFSS products and promotional activity in Wales compared to England, and will be responding to the consultations in due course to outline the problems that differing HFSS rules will have on our members,” said ACS CEO James Lowman.

Lowman said: “We will play a full part in the consultation considering an age restriction on energy drinks and if this concludes that a ban should be introduced we will work with the Welsh government to implement this.”