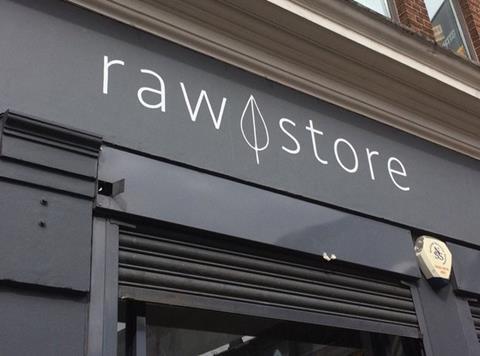 The owner of a London Nisa store is rebranding as a high-end organic independent shop.

Pav Sahota will open Raw Store in Old Street next week after seeing a demand “for something a little bit different in the area”.

The shop has had a Nisa fascia since 2009, but Sahota said he always had a vision of opening a “raw organic high-end supermarket” when he took over the lease in January 2016.

“The previous owners weren’t maximising the potential of the area and space there,” he said.

The overhauled refitted store will stock fruit and vegetables from a local supplier, as well as a wide range of essentials, including alcohol.

And the name Raw Store would “immediately tell customers what we’re about” according to Sahota.

He added: “Raw Store is something we put together as we want customers to know what we’re about and for them to get a real feel about the store.”

Sahota will remain a Nisa member, with the buying group continuing in its role as a main supplier.

But he said he was not daunted by the fact the shop would no longer carry the Nisa brand name.

“I’m very confident the store will do well and we’re not worried about that,” he said.

“Nisa retail development manager Richard Shorney has been backing the idea all the way from the beginning. Nisa will still be with us and supply us with the core range.”

Nisa currently supplies some 1,300 local retailers and 3,000 stores within its member-owned network.

“Raw Store was a Nisa-branded store for a number of years but the owner wanted to develop his store and his range and saw a demand in that particular locality for something a little bit different,” said Shorney.

“As his retail development manager I will still offer the same support he has always received.”