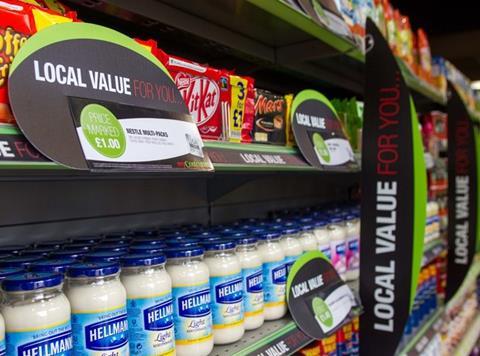 ‘Knowing where the hotspots are in store, for your target shoppers, is especially critical’, says the new report by Him!

The vast majority of shoppers don’t notice any in-store PoS materials in c-stores, according to new research by Him!

The research, which surveyed over 20,000 convenience shoppers, revealed that two in three customers in independent convenience stores didn’t notice any point-of-purchase signage.

Similarly, almost 60% of shoppers in supermarket c-stores like Tesco Express and Sainsbury’s Local had no recollection of the PoS used in-store.

According to Him!, customers might be unconsciously influenced by PoS but, due to incorrect execution, it made no memorable impact or lasting impression on over 21 million shoppers every year.

Him! said that convenience retailers were following the supermarket style of in-store communications and as a result were not reaching convenience shoppers effectively.

“Currently, much of the shopper marketing knowledge and best practice for point-of-purchase communication comes from extensive research into the supermarket environment,” said Him! communications director Katie Littler.

“Suppliers and retailers have spent a lot of time and money understanding the larger retail stores and many are, understandably, simply transferring this best practice to smaller convenience stores. But our research shows it can be dangerous to ignore the differences in these retail environments. Put simply, people shop these two retail environments very differently.”

The report also found that only 13% of shoppers visited every aisle in a c-store, compared with 43% in a supermarket, and almost 20% would only visit the till point.

“Till point is the hot spot in convenience stores, and thus queueing systems are having growing impact on impulse purchasing. 16% of impulse purchases are picked up while in the queue,” said Littler.

“A decreasing shopper footprint within stores means fewer opportunities to influence them. It means one big display, even end of aisle, may not even be within eyesight of 80% of shoppers, let alone influence them. Knowing where the hotspots are in store, for your target shoppers, is especially critical.”