A Nisa retailer who overhauled his chilled and fresh section has increased sales by £2,000 in six weeks.

Jay Mandalia made the “radical” change after becoming worried about the opening of a new supermarket near to his Chingford store in London. 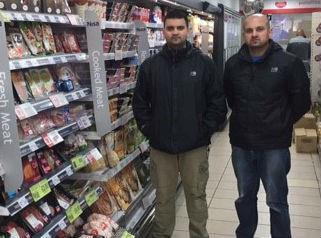 Gross profit increased by 2% over the same period after the layout of the section was changed, following advice from Nisa’s retail support team.

“We had a really good look at our sales and it was clear people were coming in for impulse, but we had flat sales in food to go and chilled and though availability was good our layout wasn’t great and we had to really work on our range,” said Mandalia.

“Our fresh offer was also lacking. We had everything in-store but our display was not good enough.”

Products were repositioned to create a better “store flow” and to increase traffic towards the fresh and chilled section.

“You just can’t put a value on the advice I was given,” said Mandalia.

“Who wouldn’t want to see their turnover grow? Now we’ve seen what works we’re looking at what to do next. It’s an exciting time.”

Nisa regional development manager Richard Shorney said he was “absolutely over the moon” for Mandalia.

“He came to me with a problem and working together with the rest of the team we have been able to offer a range of options to help drive sales and improve business.

“It just shows how a series of very simple steps can have a massive impact.”