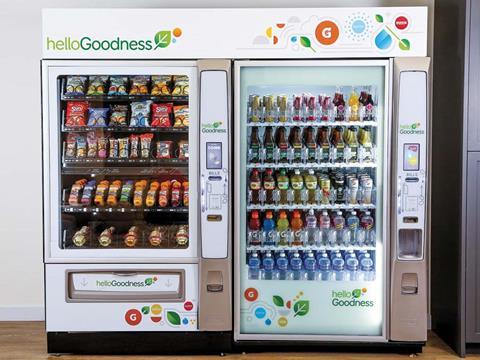 As part of its commitment to healthy living, PepsiCo launched its Hello Goodness vending machine last year in thousands of US sites. The machine only sells the healthier products in its portfolio

Say what you like about PepsiCo, you can’t fault its ambition. Last week, it added yet another healthy product to its UK portfolio in the form of Off the Eaten Path vegetable crisps. The four-strong range, which will land in Britain this month, marks the latest step in its 11-year-long drive to make its products more palatable for the health-conscious consumer.

The grand plan began in the UK in 2006, when it switched the cooking ingredient in Walkers crisps from sunflower oil to Sunseed oil in a bid to cut satfat. That was followed by an ambitious set of targets in 2009 to slash sugar, satfat and sodium across its entire portfolio by as much as 25%. These targets were superseded last October by the 2025 Sustainability Agenda, which heralded seemingly even more ambitious international goals.

Backed by a multibillion dollar spend, the latest pledges include ensuring at least two-thirds of its food and drink products fall under certain thresholds for sugar, satfat and sodium in eight years’ time.

So, how has the fmcg giant done so far? And just how realistic are its ambitions for a company with traditionally high-sugar and salt brands such as Walkers, Pepsi and 7up?

Not long ago, PepsiCo’s chances of meeting its health targets looked slim. In 2009, it set out to reduce sodium and added sugars by 25% and satfat by 15% in time for 2020. But in 2015 - more than halfway through the allocated timeframe - it was nowhere near halfway towards these goals. Sodium was its biggest success with a reduction of 12%, but satfat had only gone down by 3% and added sugars had actually increased by 4%.

Since then, the goalposts have shifted with the publication of its 2025 Sustainability Agenda. Rather than dealing in percentages, the new goals focus on absolute numbers. At least two-thirds of PepsiCo drinks will have 100 calories or less from added sugar per 12oz (355ml) serving by 2025. Two-thirds of food products will have less than 1.1g of satfat per 100 calories. And PepsiCo aims to reduce sodiumto less than 1.3mg per calorie in two-thirds of food products.

PepsiCo won’t specify just how far away it is from meeting those targets, but says it has made “significant progress in all of our focus areas”. PepsiCo says more than half its portfolio is now ‘healthier’ according to Ofcom ad standards, and it has removed over 70% satfat by switching to healthier oils.

It has also ramped up its ‘everyday nutrition’ offering with NPD such as the Quaker Oats Super Goodness range. PepsiCo predicts the rate of sales growth for these products will outpace that of all other products in its portfolio by 2025. “We’re proud of the results we’ve achieved to date. But there’s more to do and we are determined to continue making strides,” says a spokeswoman. 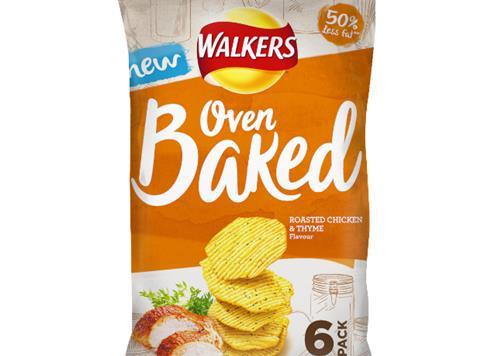 The absence of concrete numbers might lead a cynic to suggest PepsiCo has changed from percentage targets to absolute goals because the former were unreachable.

But Dr Leo Stevenson, senior food science & nutrition lecturer at Liverpool John Moores University, says the new targets will be more meaningful. Absolute reductions will reassure consumers the products are healthy, rather than just healthier than before, he says. “Percentage reductions can be a bit misleading since, in a product with very high sugar, satfat or salt content, what looks like a large percentage reduction still gives you a product high in less healthy food components.”

Yet the absolute goals will pose a significant challenge, in that consumers will still expect the same taste. “With the range of non-sugar/non-calorific sweeteners now available, the sugar reductions might be the easiest to achieve,” Stevenson says. Indeed, PepsiCo has reduced the amount of sugar in 7up by a third in markets including Mexico, Russia and China through the use of stevia.

But this has its own problems, as Jake Karia, MD of Food Attraction, points out: “Reformulation can be addressed through alternative ingredients - although this is much harder, as Coca-Cola found out with stevia. It’s very difficult to establish ingredients consumers don’t understand.”

So the goals may be achievable in theory, but PepsiCo’s toughest task will be convincing shoppers its reformulated crisps and sodas are as tasty as the originals. As Fiona Esom, business development director at Product Chain, says: “If a brand is about indulgence, it’s got to taste good.”