Artifishal: documentary film serves up reminder about sustainability at sea 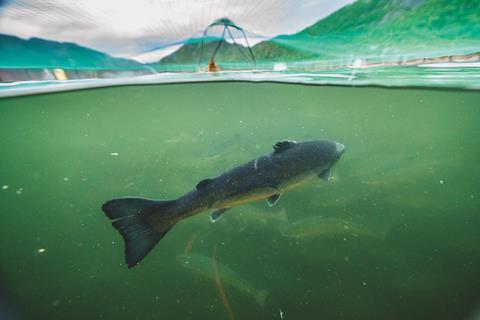 There’s an assumption that the fishing industry is more sustainable than livestock farming. It’s why eco-conscious millennials ease their consciences with a pescatarian diet. But new documentary film Artifishal (on limited release from April) might make them think again.

It tells of commercial fishing operations that have severely reduced the world’s salmon stocks, leaving oceans and rivers sparse. Though that may not be news, the filmmakers uncover some pretty shocking stats to add to the impact.

In Norway, for example, the number of farmed salmon escaping from open water net farms each year is higher than the population of native salmon in the country’s fjords, says activist Mikael Frödin. And those penned-in stocks appear on-screen as a deformed, diseased and depressed-looking bunch. The escapees end up competing with native populations for food, as well as interbreeding, which Frödin fumes is tantamount to “undoing natural selection”.

Elsewhere, the problem has reached such heights that US lawmakers have been forced to outlaw open water nets off the coast of Washington State, after researchers found direct correlations between a sharp decline in orca population and the number of escaped Atlantic salmon into the Pacific, which displace indigenous varieties.

It’s more than a subtle nudge that Europe should follow their lead. And arguably a violent jolt to consumers (and any complacent fish suppliers) that fish shouldn’t fall outside the scope of the ongoing debate on sustainable food.