Catching up with the low-sugar zeitgeist

In the desperate scramble among soft drinks brands to reformulate, we tend to forget the role of high street coffee chains in fuelling our monstrous sugar addiction.

That strawberry Frappuccino piled high with whipped cream, lashings of coulis and a dollop of syrup contains an ungodly amount of sugar. A positively sickly 54g to be exact - nearly twice the RDA for an adult and five times as much as a can of Coca-Cola. 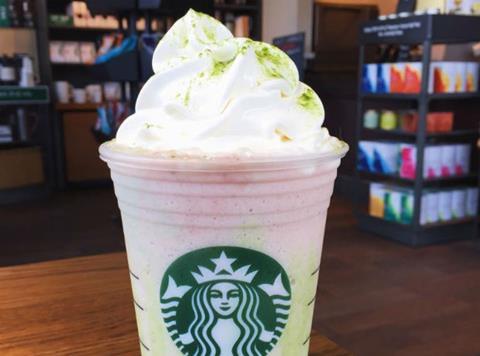 For scientists working at a secret Starbucks lab the need to bring their food and drink into line with the current zeitgeist is top of the agenda, as Simon Rimmer discovered in Tricks of the Restaurant Trade (Channel 4, 30 April, 8.30pm), sitting down to test the reduced sugar version of that same strawberry Frappuccino. Up to 150 recipes will have been trialled before drinks even reach this stage, participants like Rimmer sipping from unmarked cups to see if they can detect the low-sugar version. If they can, it’s back to the drawing board.

It’s a similarly intensive process in food, where chefs are experimenting with pea protein, edamame beans and chicory root fibre in pursuit of lower-sugar, lower-calorie snacks.

In fact, high street operators like Starbucks invest around £27m per year in R&D, the show pointed out, from creating low-sugar recipes like these, to a new stream of apps being trialled that allow you to order, pay and split the bill from the comfort of your seat. A reminder that the desperate scramble for increasingly picky consumers isn’t only raging on the supermarket shelves.