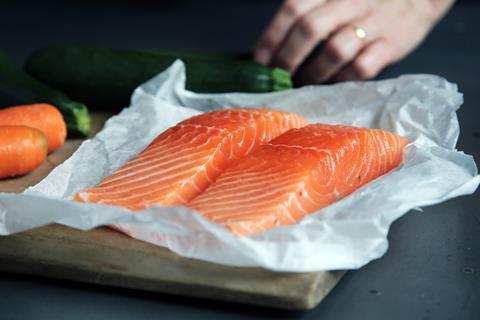 If we’re to believe Panorama, the belief that salmon is kinder for the environment than meat is grotesquely out of whack

We buy salmon for its taste and versatility. For its ‘superfood’ status, each dusky pink fillet rich in omega-3 and antioxidants. But we also buy salmon because - in a world where we’re told that livestock farming belches out devastating levels of carbon emissions - it feels like a far kinder choice for the environment. It’s a belief reinforced by brands and retailers that paste picturesque scenes of placid Scottish lakes on to packs. But if we’re to believe Panorama (BBC1, 20 May, 8.30pm) that belief is grotesquely out of whack.

In the course of 30 rather sobering minutes, the documentary gave voice to campaigners who alleged waste food and chemicals are being leaked into those same serene Scottish waters. It showed undercover footage of farms, where lice infestations saw fish being “eaten alive”. We saw workers pump bags of dead fish through industrial pumps in the sea and joined divers as they ran their hands along seabeds lacking any life. Salmon farming has changed the ecology of in-shore lochs in the country, they said.

Industry was given its say too. SSPO chief executive Julie Hesketh-Laird in particular made a solid effort to defend the passion and commitment of the producers she represents. But with accusatory fingers pointed in all directions, SEPA rapped over its enforcement of the rules and breaches by Norwegian farm owners laid bare, it’s an almost impossible job.

To hold on to that allure for eco-conscious shoppers, the Scottish salmon industry has its work cut out.