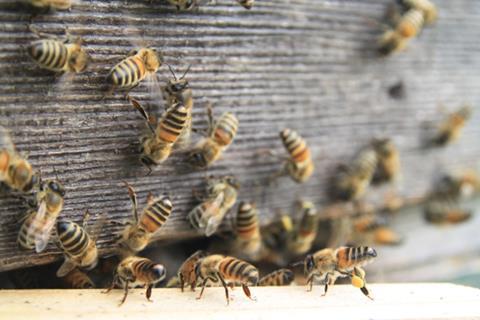 The trailer for Rotten (Netflix) conjures a dark world of portentous music, urgent voiceovers and the ethically rotten food that lends its name to the title. The first episode falls a bit short, but it is still disquieting stuff.

As a US series, it opens by looking at the US honey industry, beset by dying or absent bees and adulterated imports from Chinese hives. We are told that more than 50% of the US bee population has died off. This would be a news story if it had happened to cattle, yet domestic demand for honey is increasing. The circle is squared with imported product of dubious provenance.

We see a German lab demonstrating that a lot of honey samples actually contain large quantities of syrup, and are taken to almond orchards where bee farmers are making money by working as pollinators. The conclusion - that there is less money in honest honey than we might like - is clear.

What makes Rotten worth persisting with is that it brings a large volume of compelling and damning information into one place. While much of the details might be known to people working in the food industry, a lot of the information will be new to consumers who are starting to ask probing questions about what finds itself on their fork.

Other instalments, like the fourth episode, titled simply ‘Big Bird’, which looks at chicken production, are more unsettling still. Combined with its slick presentation style and the heft of the Netflix name behind it, expect Rotten to prompt some uncomfortable questions for the food industry.