Secrets of the Superfactories: a look behind the scenes of Heinz beans 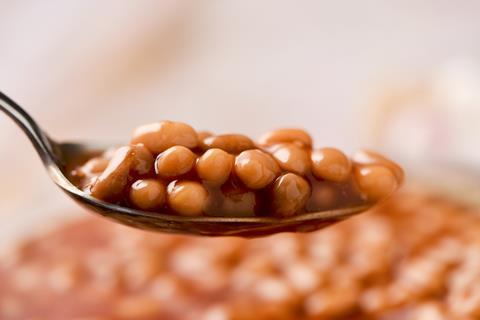 At the Heinz baked bean factory in Wigan, enough tomatoes are used every day to fill an Olympic swimming pool

Twenty-four hours a day, seven days a week, the Heinz factory in Wigan is making tins and tins of baked beans. It is the largest food processing factory in Europe, employing some 850 people who work in three shifts day and night, producing 4,500 cans a minute, four million cans of beans a day, and more than a billion a year.

Since the first cans were sold in Fortnum & Mason in 1886, Heinz baked beans have become a mainstay of the British diet, and they haven’t changed much. But the way they are made certainly has. The first in a new series of Secrets of the Superfactories (More 4, 7 October, 9pm) visited the site to find out how.

The series is reminiscent of the old Open University programmes, with lots of facts and figures, but watching the cans taking shape and then twisting round the 22,000 sq m factory is quite a sight.

But the star of the show is the ingredients. Heinz ships in haricot (or navy) beans from North America. Turning them into baked beans takes just two hours. After they’re cleaned and blanched to part-cook them, the beans are scrutinised by high-spec laser beams to ensure only those that shape up make it into the cans (the rest are used as fertiliser). Enough tomatoes are used every day to fill an Olympic swimming pool.

But there’s also “a very special ingredient” used in the secret recipe. A spice room operator offers to tell us what it is “but I would have to kill you”, he says drily (though if you look hard enough at the writing on the Tupperware container - enough for 20,000 cans - you might be able to figure it out).