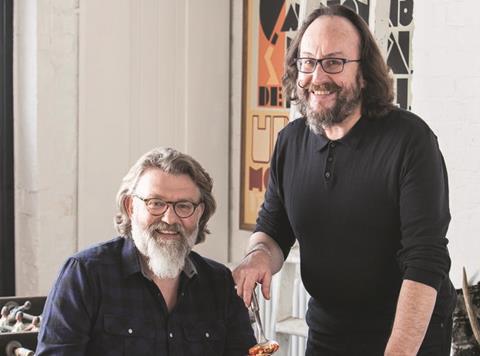 Ignore their cruel eyes and repellent beaks. Once you’ve wrung their necks, plucked them and chopped them up, chickens are brilliant. Grilled, fried, poached, roasted or barbecued, chicken flesh works with a cornucopia of flavours, from the most pungent to the most fragrant. And eggs are little miracles.

It’s what makes The Hairy Bikers - Chicken & Egg (BBC2, 4 October, 8pm) so good. The penultimate episode saw the duo visit Israel, where chicken makes up 80% of all the meat eaten there. Dave Myers said it was so popular because chicken crosses the “cultural divide” between Israelis and Palestinians, which is one way of putting it.

We saw lots of delicious food but best of all was Jewish chicken soup. Aged 16, Shmil Holland shared a bedroom with his grandmother. They didn’t have a lot to chat about, but bonded over food. “I learned about the cooking, the ovens, the chickens… in those nights I learned all my recipes.”

One of those was for chicken soup. Boil a carcase for six hours with root vegetables and strain. Remove any eyes of fat, you want it clear (although in more impoverished times the globs of tasty fat were dubbed ‘gold coins’). Famously, the end result has such potent powers that it’s known as Jewish penicillin. Is there any truth in that, asked the bikers?

“You know what my mother said,” replied Holland. “If you make the soup as you should do it… and you cook it very carefully… and then you take the medicine the doctor gives you, then it will help.”

Almost worth being ill for.