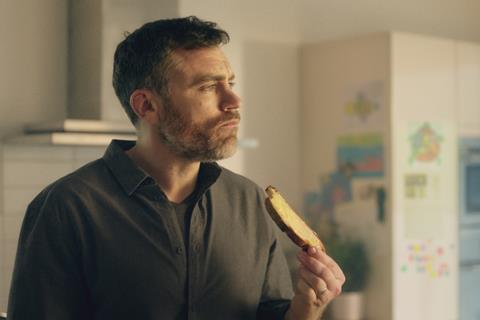 The Ornua marque’s ‘Taste That Takes You There’ marketing push will show off Kerrygold’s “unique grass-fed taste” which will transport the ad’s main character to Ireland’s “famous green pastures”, the dairy co-op said.

Running for a month from 17 August, the new advert will appear across ITV, Channel 4 and Sky channels as well as on video-on-demand services, and hopes to reach four million shoppers.

“The ‘Taste That Takes You There’ is all about showcasing Kerrygold’s core values of superior taste, Irish provenance and dairy farming heritage, while at the same time calling out in a compelling and credible way our grass-fed credentials,” said Ornua Foods UK marketing director Mike Harper.

“In doing so, we will further differentiate ourselves from other brands and reinforce Kerrygold’s position as the UK’s most frequently bought block butter brand with the highest level of consumer loyalty.”

Ornua added Kerrygold already commands the “highest frequency of purchase and loyalty” in the UK block butter market as it is purchased by consumers 6.4 times per year and has the “strongest” average weight of purchase at 2.2kg a year [Kantar 52 w/e 12 July 20].

The ad launch comes after Bord Bia announced a new grass-fed dairy standard, which is due to start appearing on products this year. Ornua said its new campaign had not been created in a bid to capitalise on the standard but rather represented a “consistency of messaging” for Kerrygold.