Pilgrims Choice to return to TV with £2.5m ‘Dishes of your Dreams’ campaign 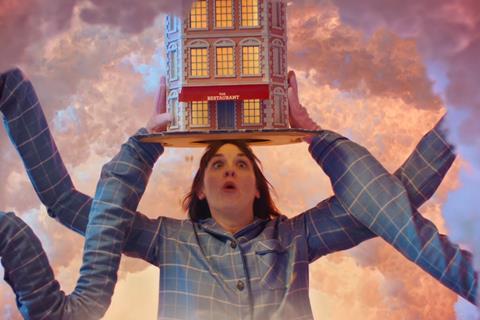 Pilgrims Choice is set to launch a new £2.5m ad campaign this summer to follow on from last year’s surreal ad push.

The Ornua-owned brand’s new ‘Dishes of your Dreams’ adverts will feature “cutting-edge” CGI, puppetry and live action sequences as it seeks to boost its social media following.

They will build on the theme of last year’s ‘Cheese of your Dreams’ ad campaign, with recipe inspiration leading to “fantastical” dream sequences full of “cheese-related characters and dreamscapes”.

The ads will air from 1 July until the end of October and have been directed by Rick + Mario, who made the recent animated Peperami ‘It’s a Bit of an Animal’ ad.

“The new ‘The Dishes of your Dreams’ creatives will transport consumers to a dream world full of fun, fantastical characters and flavour,” she added. “In doing so, the campaign is set to ensure that we stand out from the crowd and engage with the increasing number of flavour enthusiasts who are no longer prepared to settle for the bland.”