Why dairy industry must stay vigilant to fraud and counterfeiting 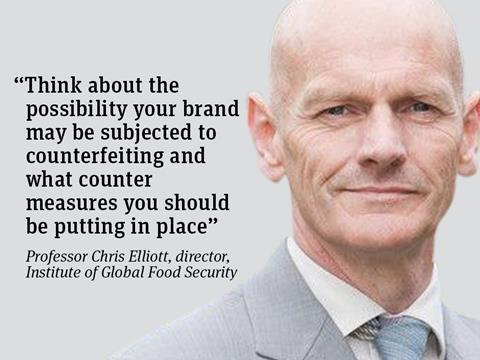 Over the past week, I have been reading and talking a lot about dairy. A large number of recalls of dairy products due to ‘risks of pieces of rubber’ started to appear in the UK - seemingly due to an equipment failure in a fruit purée facility.

Of course, manufacturing problems happen, but these pale in comparison to a number of issues I pick up globally that I believe UK dairy makers ought to pay attention to. I will illustrate this with two problems I recently came across. Both drove home to me the importance of remaining vigilant to potential authenticity issues, particularly for globally traded products like dairy.

In China, an infant formula company called Beingmate, was - through no fault of its own - caught up in a massive food fraud scandal. More than 17,000 tins of counterfeit Beingmate product were seized by authorities, and the incident was widely reported. Consumer trust in the brand has fallen badly as a result, and a company that expected to post a £10m profit for the year ended up reporting a £15m loss. All the information I get from organisations such as Europol and Interpol suggests counterfeiting of food is now a massive problem, so all UK brands beware.

Secondly, a scandal in India recently even shocked a veteran food fraud sleuth like myself. Evidence emerged that a ‘milk factory’ was churning out up to 5,000 litres a day of fake milk. An array of chemicals, oils and detergents was being used to produce it. This was occurring in the Bhopal region, which already has a horrendous legacy of its citizens being exposed to dangerous chemicals.

In the UK, we have a lot going for us in terms of the safety and quality of our dairy industry, so you might wonder what lessons these examples can hold for us. To my mind, there are two clear signals: The first is to beware of buying ingredients such as milk powder from regions where food fraud is prevalent. The second is to think about the possibility your brand may be subjected to counterfeiting and what counter-measures you should consider.

More pressing in UK dairy, of course, is the question of economic viability. I have thoughts on this that I plan to share with readers in due course.